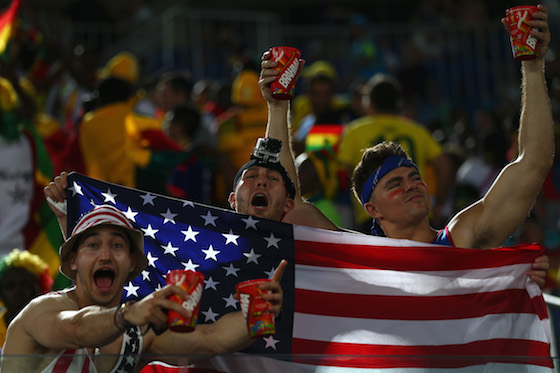 Check out the intense celebrations, the postgame gaffes and the embarrassing move that already has one corporation apologizing after the U.S. win

With a win Monday night against Ghana and a suddenly very realistic shot at getting out of group play at the World Cup, there probably aren't a whole lot of true fans who need to be told twice. The fastest goal in U.S. World Cup history had crowds freaking out right from the start of Monday's game. And that's to say nothing of those who decided to get awesomely awkward on air.