Messi: We Had Our Chances 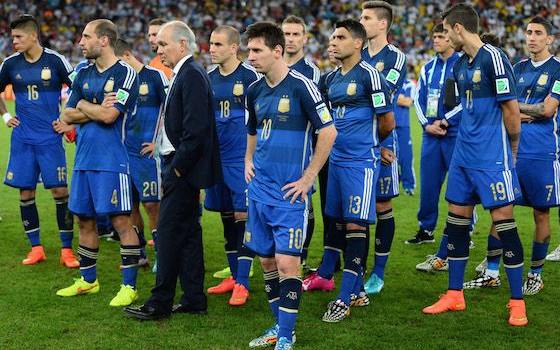 Messi: We Had Our Chances
(Photo: Clive Rose/Getty Images for Sony)

Lionel Messi, chosen best player of the tournament, analyses the game in the mixed zone after losing 0-1 in the extra time against Germany in the final of the FIFA World Cup

"When there are chances in a game that is so evenly balanced, you have to take them," Argentina's coach Alejandro Sabella said. "We lacked a bit of efficiency."

Sabella praised his team for staying even with Germany for so long after a tough semifinal against the Netherlands. Argentina won that game in a penalty shootout, 4-2, after a scoreless draw.

"The only thing I can do is congratulate my players," Sabella said. "The work they did was extraordinary, and (I) also congratulate Germany."

The Argentines went undefeated in the World Cup until the championship game. They played Germany without speedy winger Angel Di Maria, who was out with a thigh injury.

In addition to the award to Messi and Neuer, Colombia's James Rodriguez won the Golden Boot award as the tournament's top scorer with six goals.

"Messi: We Had Our Chances "