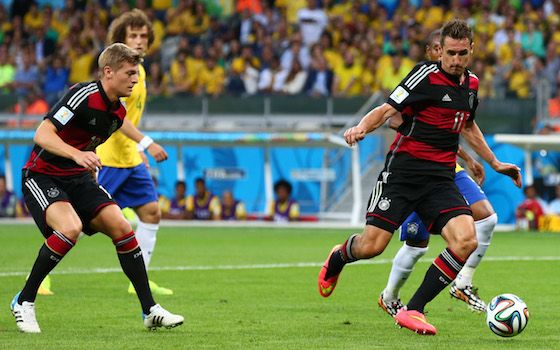 Germany's win over Brazil in the World Cup semifinal was one for the record books, which will now need to be reissued due to numerous new marks set by Germany and one by Brazil.

As for Brazil, the only record they were able to set was the worst loss for a host team in World Cup history.