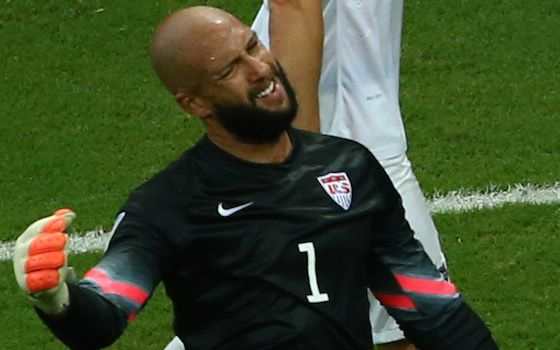 Tim Howard saved a record-breaking 16 shots during Tuesday's World Cup match between Belgium and the United States. Howard's heroics gave the U.S. a glimmer of hope in an otherwise lopsided match

The United States ultimately fell 2-1 in overtime, but the story of Howard's valiant efforts will be told around campfires for years to come.

Belgium has won all four of its World Cup matches in Brazil and advance to the quarterfinals for the first time since 1986. Belgium plays Argentina.

WATCH: All of Tim Howard's 16 Saves