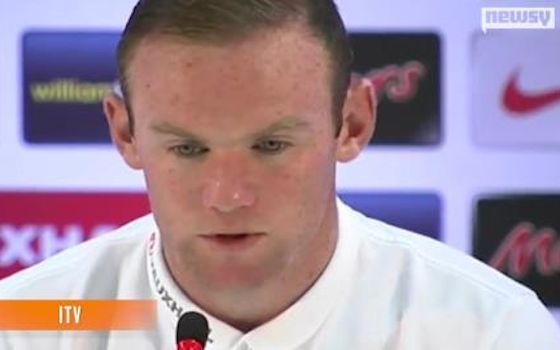 Some blame England's new coach. Others blame a Premier League dominated by foreign players. But England's players are making apologies, not excuses

After two stunning losses, England is out at the World Cup. And the British press is, unsurprisingly, pretty upset. (Via The Sun , Daily Star ) "Is it all doom and gloom?" "Feels like it at the moment, doesn't it?" (Via Sky Sports ) "Sorry to the thousands that have come out here, spent thousands and thousands to follow them — and of course to the millions who are watching back home." (Via BBC )

For a country that holds the sport of soccer, or football, in such high regard, this quick World Cup exit is especially painful. So, the England club is getting an earful from the tabloids. Daily Mail essentially called for the head of England's new coach, Roy Hodgson, and said of the team, "This is who we are now. The smiling idiots just happy to be at the party." (Via The Daily Mail) Others blame a poor pool of English players, citing a rising number of foreign players in the English Premier League. But England's Wayne Rooney made apologies, not excuses. (Via The Sentinel ) ROONEY: "In previous tournaments, we maybe haven't played as well in games and gone through. ... It's tough to think that we're out of the tournament." (Via ITV ) The striker wrote on his Facebook page Friday, "Absolutely devastated to be out of the World Cup ... Sorry to all the fans that travelled (sic) and at home that we haven't done better." Even with its mathematically-assured exit, England will play Tuesday against Costa Rica for a third and final match. The club is currently preparing for the game at its Rio camp