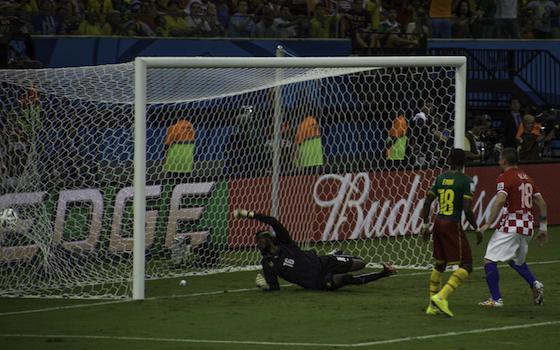 Croatia gave themselves a fighting chance of reaching the World Cup knockout phase when they thrashed toothless Cameroon 4-0 on Wednesday (June 18), helped by a needless first-half red card for Alex Song as defeat condemned the Africans to an early exit. Ivica Olic put Croatia ahead after 11 minutes and Ivan Perisic seized on a poor clearance by Cameroon keeper Charles Itandje to race forward and drive in the second after 48

An unmarked Mario Mandzukic, back after suspension ruled him out of the tournament opener, headed the third just after an hour and tapped in his second after 73 as Croatia strolled to a comfortable victory.

The result leaves Croatia third in Group A on three points from two games, one behind Brazil and Mexico ahead of Monday's decisive clash with the Mexicans in Recife.

Cameroon, who have won only one game in their last five World Cups, cannot reach the knockout phase after losing their first two games. They will have only pride to play for against hosts Brazil in their final game. 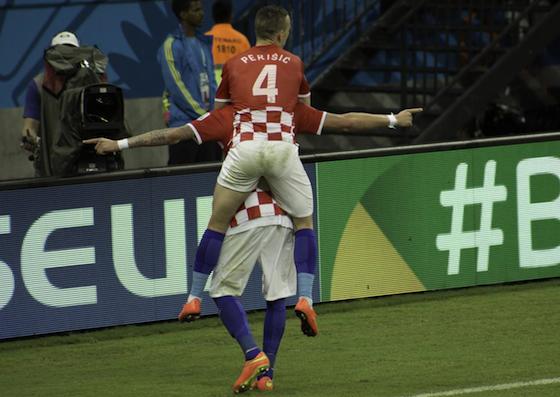 Croatia took the lead as the 34-year-old Olic, becoming his country's oldest scorer at a World Cup, swept home a sharp low drive by Perisic, who capitalised on poor defending after Cameroon failed to clear an inviting Darijo Srna cross from the right. 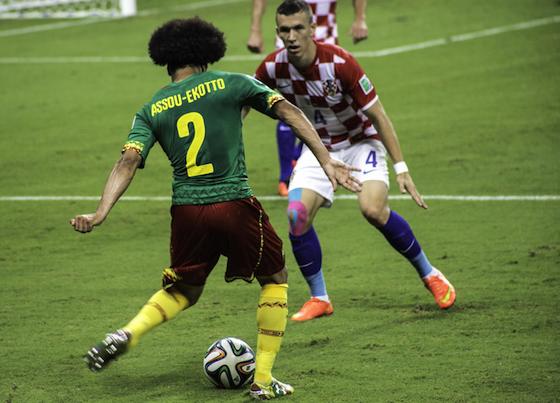 The west African side's hopes of a comeback vanished in almost unbearably humid air when Song was shown a straight red card for hitting Mandzukic on the back as Croatia broke forward five minutes before halftime. Cameroon's Indomitable Lions looked toothless without injured captain and striker Samuel Eto'o and Croatia doubled their lead early in the second half after Perisic took a poor Itandje goal-kick in his stride, raced into the penalty box and beat the keeper with a crisp finish. 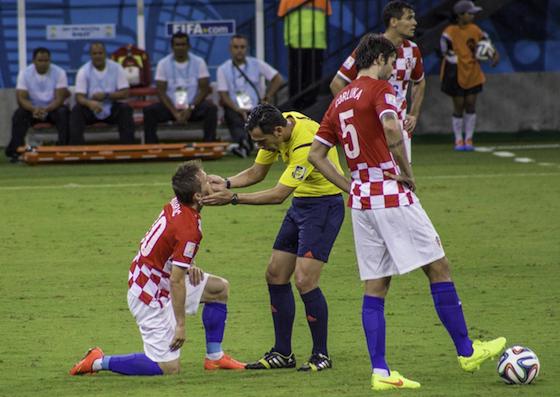 With gaps appearing in Cameroon's defence, Mandzukic headed home the third and then converted a rebound after Itanje could only parry a stinging shot by Brazilian-born substitute Eduardo da Silva.