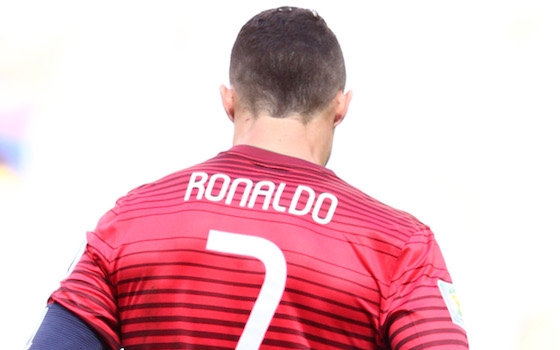 [ Check out photos from the Group G matchup between Portugal & Ghana ]

Portugal's slim hopes of advancing to the knockout stages ended despite their victory over Ghana in Group G. An own goal by John Boye and a late strike by Cristiano Ronaldo gave Portugal a 2-1 win over Ghana

Portugal finished tied with the United States in Group G with 4 points apiece, but the Americans advanced to the last 16 courtesy of a better goal difference despite their 1-0 loss to group winners Germany in Recife.

Boye's poor attempt at a first half clearance summed up a disappointing match between the two teams who needed big victories in the Brazilian capital to have a chance of advancing. The defender swiped at a 31st minute cross from Portuguese fullback Miguel Veloso which hit his knee and then the crossbar before nestling in the back of the net. The Ghanaians improved after the break and striker Asamoah Gyan headed them level at the back post after a brilliant cross with the outside of his foot by Kwadwo Asamoah in the 57th minute.

Ronaldo put Portugal ahead in the 80th minute after Ghana goalkeeper Fatawu Dauda flapped at a high ball, sending it straight to Ronaldo. Ronaldo should have had another minutes later but Dauda was on hand to stop the forward's side footed effort from close range, with the keeper also blocking an effort from the skipper in the dying stages.

The World Cup exit completed a miserable two days for Ghana who were embroiled in a pay row and kicked out midfielders Kevin-Prince Boateng and Sulley Muntari for disciplinary reasons, hours before Thursday's kick-off.