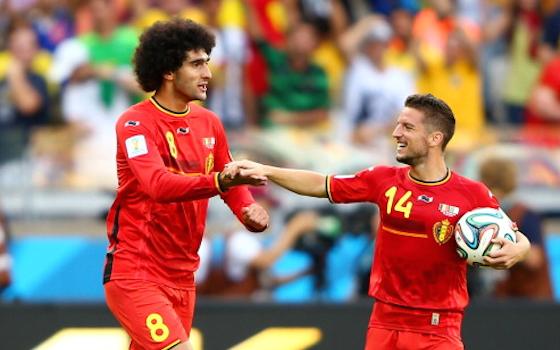 Algeria had not scored in more than eight hours of World Cup tournament play dating back to 1986, but ended that streak with a Sofiane Feghouli penalty after 25 minutes, awarded when he was clumsily pulled back by Jan Vertonghen.

Belgium were rated fifth-favorites to win the 2014 World Cup but struggled to make an impact until Kevin De Bruyne picked out Fellaini, on as a substitute four minutes earlier, to cleverly head in from 13 metres after 70 minutes. Yet another World Cup comeback was completed 10 minutes later when fellow sub Mertens lashed in the second from a tight angle to put Belgium top of Group H.