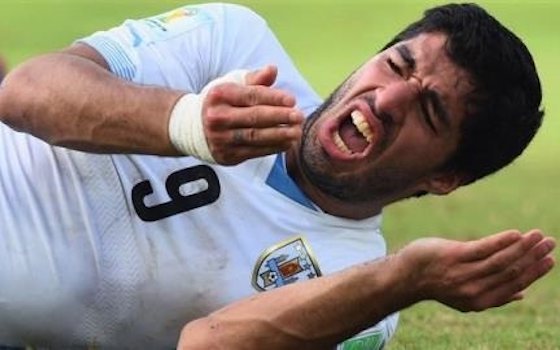 [ Related: Forget The Suarez Bite: 5 of the Most Shocking World Cup Moments ]

Uruguay’s Luis Suárez is out of the World Cup after being hit with the longest ban in the tournament's history following a biting incident. WSJ sports editor Geoff Foster discusses the impact this could have on Suarez’s post-World Cup career on Lunch Break with Tanya Rivero.