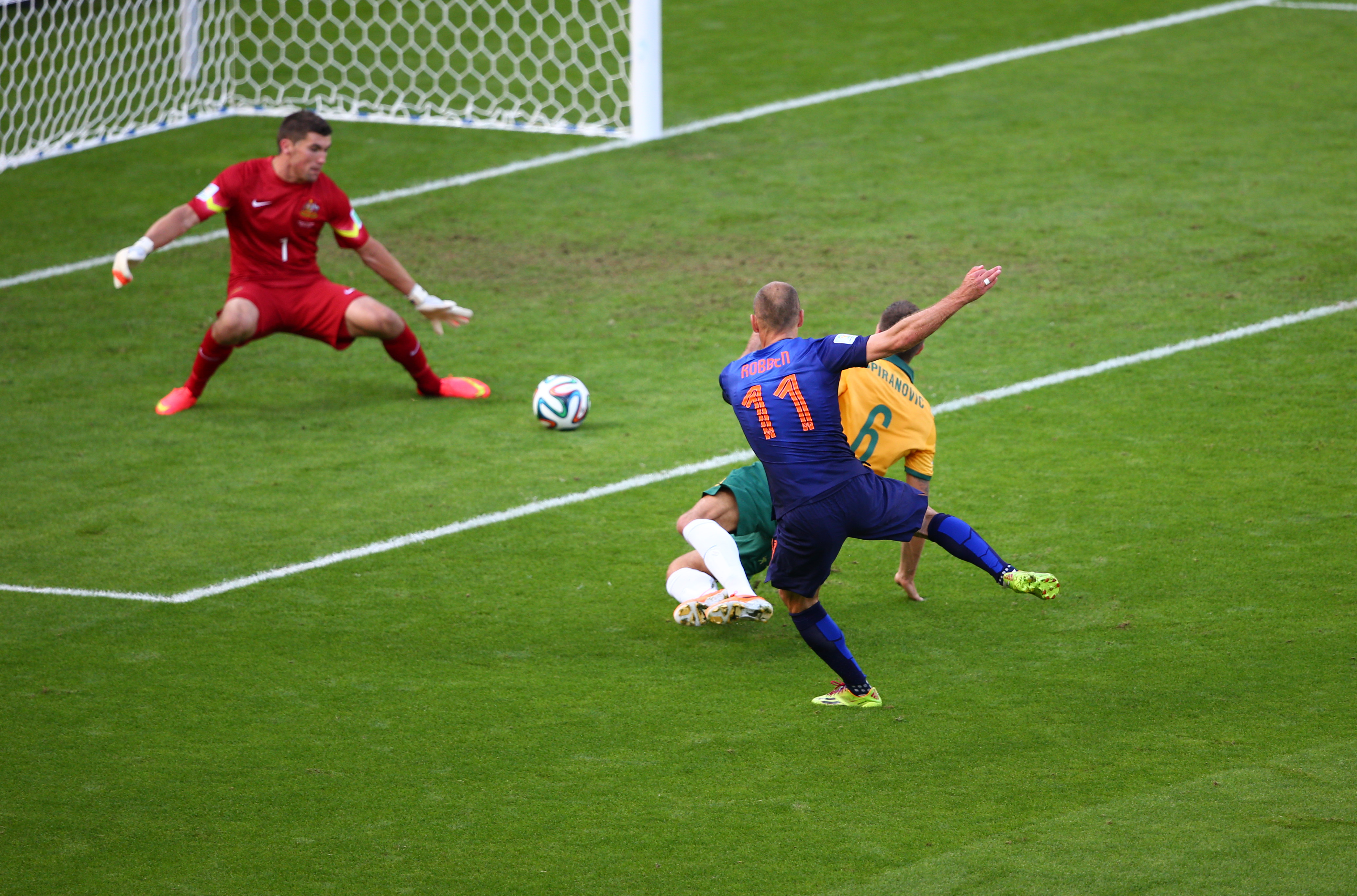 The Netherlands beat Australia 3-2 in a sensational World Cup Group B match featuring stunning goals and non-stop action on Wednesday (June 18) as the 2010 runners-up made it two wins out of two following their opening demolition of Spain. Dutch winger Arjen Robben opened the scoring in the 20th minute when he ran from the halfway line before tucking the ball beyond Mat Ryan for this third goal of the tournament

Tim Cahill replied immediately, however, by crashing a fantastic 20-metre volley into the roof of the net for what will be a strong contender for goal of the tournament.

Substitute Memphis Depay won it for the Dutch after 68 minutes when his low long-range shot somehow escaped the diving Ryan and went just inside a post. Netherlands have six points, Chile, who face Spain later on Wednesday, have three, with Australia and the holders on zero.