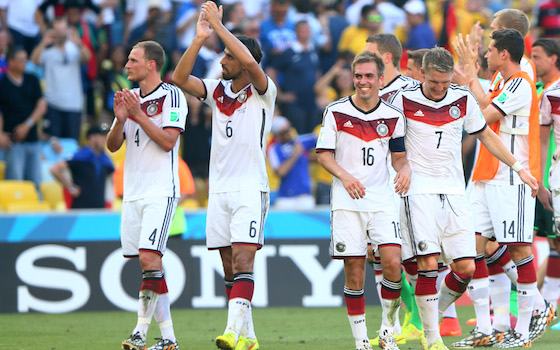 [ Check out photos from the Quarterfinal matchup between France & Germany ]

German defender Mats Hummels scored the game's only goal in the 13th minute, leaping over French defender on a free kick by Toni Kroos and guiding home a header

An early Mats Hummels header proved enough for Germany to beat France in a tense and largely uninspiring quarterfinal at the Maracana. The defender scored the only goal of a match neither team ever took control of when he headed in a perfectly flighted free kick from Toni Kroos after 13 minutes.

In a game of few clear chances, Germany keeper Manuel Neuer denied France a shot at extra time when he blocked Karim Benzema's effort late in the match

Germany, the first country to ever qualify for four successive semifinals, meets Brazil in the semifinal at Belo Horizonte's Mineirao stadium on Wednesday (July 8).

Watch highlights of the Quarterfinal match between Germany and France