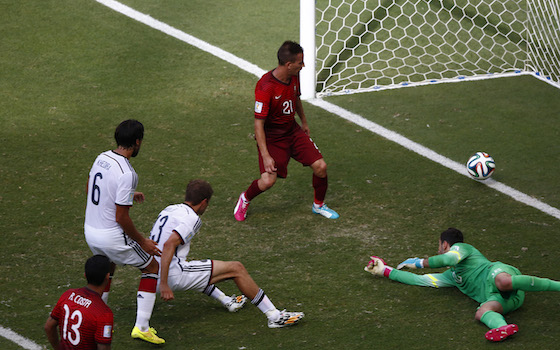 It had been expected to be a close game between two strong sides but Germany took control early on as Mueller scored a 12th-minute penalty after Mario Goetze was felled, before Mats Hummels powered a header from a corner after 32 minutes.

Portugal defender Pepe, furious at what he felt was "simulation" by Mueller following a slight collision between the two, was sent off after 37 minutes for pushing his head into the German's face as he sat on the ground. Mueller lashed in the third in first-half stoppage time, and completed his treble with a 78th-minute tap-in after Germany had spurned a series of chances.