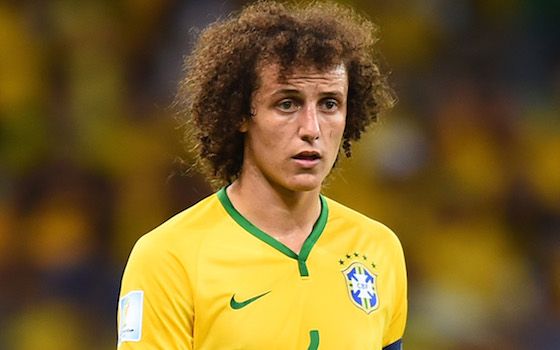 Football is conducive to superlatives: the greatest, the fastest, the most amazing, the most beautiful, the most watched, the most played.

How about the most agonizing? Most stunning? Most breathtaking, jaw-dropping, tongue-swallowing, humiliating?

Decades from now, historians of Jogo Bonito will turn back the pages and recall, heads shaking, what transpired on July 8, 2014, in the country that gave the world Pele and Ronaldinho and Neymar.

It was a moment unlike any other in the history of modern football. (not sure about ancient football, if there was such a thing). A nation hosting the world's premier sporting event, hundreds of millions of its citizens harnessing their passions and channeling them to drive their team to claim The Trophy, The Championship, to bring The Glorious Laurels of Victory home after a dozen years of wandering in the wilderness.

For Brazil, losing by one goal, in the semifinal match of the tournament it was hosting, would have been emotional. Two goals, heart-wrenching. Three goals, inexplicable. Six goals?

Seven goals to one goal is an unspeakable result in football at any levels. It's the kind of result that has elementary school coaches calling for a mercy rule.

Against Brazil? Germany scored more goals against Brazil than any other team in a World Cup match. Ever.

In their quarterfinal match-up with Colombia, Brazil passed, shot, scored, headed and moved the ball like a pinball, in a relentless pace that gave full stage to the fitness and talent and skill of both teams. (As well as the brutal nature that such a game can play). Brazil was not invincible, as shown by Colombia's tenacity, but it was still a superior side.

Brazil stood, watched, hobbled, walked and choked as the Germans trampled them. Mueller, Klose, Koons, Kheidira, Schuerrle: their scoring prowess was unanswered, undefended, unstoppable. Klose now tops the tables of the most goals scored in the World Cup over all his tournament appearances.

The easy explanations are &ellipse well &ellipse easy. Brazil's fleet-footed, walk-on-water striker Neymar was injured, nursing a broken verterbrae, an injury that could nearly end his career forever. Brazil's captain, Thiago Silva, missed the match after getting multiple yellow cards. The team was psychologically damaged by their absence.

But really? Is an entire professional football squad so fragile and un-resilient that the loss of one or two formidable players results in complete collapse? This might be a question for the national coach: Luiz Scolari. If you don't build a squad with depth and breadth, along with flash and sizzle and artistry and stamina, then you've failed as a manager.

But arguably, never before, have two football powerhouse, two giants in the sweep and the span of the game, met on the field of competition with one, ultimately, being so utterly tormented, driven to its knees, embarrassed. On its home turf, no less.

Tuesday is a day to remember. Or maybe, to borrow a literary reference from another time, another place, another event in history, A Night To Remember.

#GER still up 5-0 in #WorldCup semi-final match with #BRA. What will the second half bring? http://t.co/1SownSEsn6 pic.twitter.com/WFzQ6Bu3hq