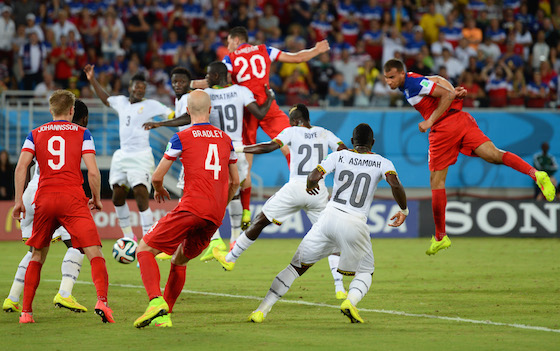 John Brooks came through in the clutch against rival Ghana and scored the deciding goal to earn the USA 3 much needed points. While it was shocking to fans, it was even more shocking to Brooks, who dreamed he would score in the 80th minute

Substitute John Brooks headed an 86th-minute winner as the United States beat Ghana 2-1 in a World Cup Group G clash on Monday (June 16) , just as the Africans thought they had snatched a draw. U.S. captain Clint Dempsey scored after 32 seconds, the fifth-fastest goal in World Cup history, and that began to look enough as Ghana repeatedly failed to turn their dominant possession into clear chances