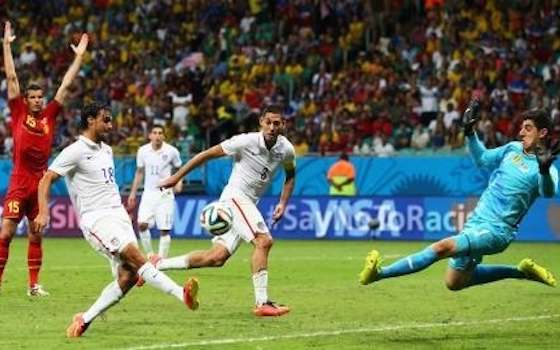 Americans are carrying heavy hearts after the U.S. men's national team's 2-1 defeat to Belgium at the World Cup

In the second minute of stoppage time during regulation play, USA striker Chris Wondolowski found himself in position for a terrific chance at the win. A header from midfielder Jermaine Jones found Wondolowski with a great deal of space at the goalmouth with Belgian goalkeeper Thibaut Courtois not in an ideal position.

"I'm gutted to have let down everyone but especially my teammates. It's been an incredible ride but I know this will make me stronger" -- Chris Wondolowski (@ChrisWondo)