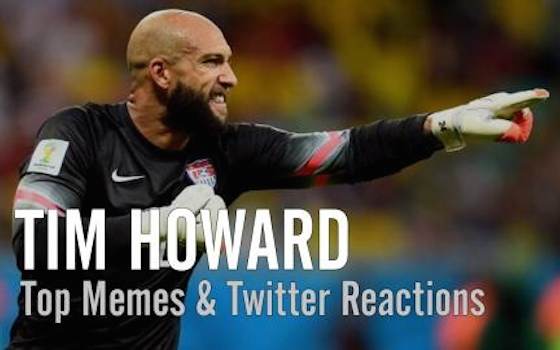 Despite losing to Belgium in the World Cup, US goalie Tim Howard took the internet by storm with a record breaking 16 saves. Here's a look at the top tweets and memes about the 'American Hero' Tim Howard

Tim Howard saved a record-breaking 16 shots during Tuesday's World Cup match between Belgium and the United States. Howard's heroics gave the U.S. a glimmer of hope in an otherwise lopsided match.