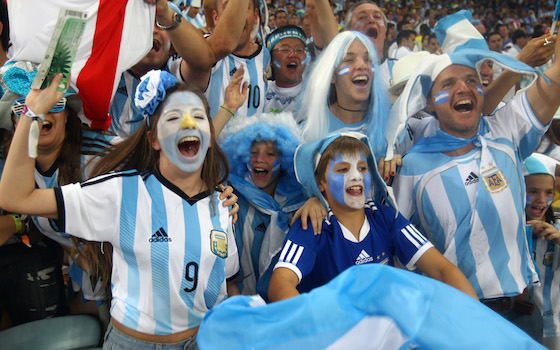 Although they took the lead in the third minute when Sead Kolasinac netted the fastest own goal in World Cup history, Argentina looked unconvincing.

Argentina changed its formation at half-time, placing Fernando Gago in midfield and Higuain in attack but in the end it was Messi's magic, as so often is the case, that made the difference in the 65th minute. Local fan Sebastian Carranza told Reuters Argentina need to show more strength if they are to keep up there winning streak. "We had little intensity, one lucky goal. We need to grow a lot because the team will not go very far like this," he said.

Bosnia were far from outplayed, as substitute Vedad Ibisevic scored in the 85th minute for Bosnia to set up a thrilling finale. With Bosnia's own goal for Argentina pushing the South American side to victory, there were confused reactions in Buenos Aires as to their team's performance.

"I don't know the truth, but (Argentina) won two to one and Messi endured and Argentina endured," said fan, Facundo Larosa. Argentina next play Iran on Saturday (June 21).