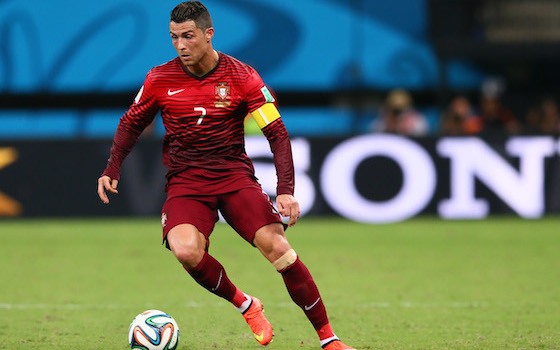 Just as it looked as the Americans had secured a come-from-behind victory to qualify for the Knockout stage, Varela scored on a header from a Cristiano Ronaldo cross. After two games the United States is in second place, tied with Germany with four points. Portugal is at the bottom with Ghana with one point apiece. The United States faces Germany in the final game and need a point to ensure qualification.

Clint Dempsey scored in the 81st minute to give the U.S. a 2-1 advantage. But in the waning moments of stoppage time Cristiano Ronaldo's perfect cross to Varela even the score. Portugal scored first in the fifth minute when U.S. defender Geoff Cameron sliced the ball across his own area right to the feet of Nani, who scored easily. The Portuguese then assumed a defensive posture in the heat and humidity. The temperature in the Amazonia arena was 86 degrees Fahrenheit at kickoff with a humidity reading of 65 percent. Portugal still looked dangerous in the first half and Nani hit the left-hand post in the 45th minute from outside the area. The ball rebounded to Eder but his looping shot was pushed over the bar by U.S. goalkeeper Tim Howard.

As the second half progressed the Portuguese wilted and it was little surprise when U.S. midfielder Jermaine Jones fired a curling shot from 25 metres to tie the score. The U.S. missed a chance to pull ahead in the 55th minute when Michael Bradley's close-range shot was cleared by Portuguese defender Ricardo Costa.

SI's Grant Wahl reports from Manaus, Brazil, where the USA was on the brink of qualifying for the knockout stage, only to concede a late goal and have its celebration put on hold.