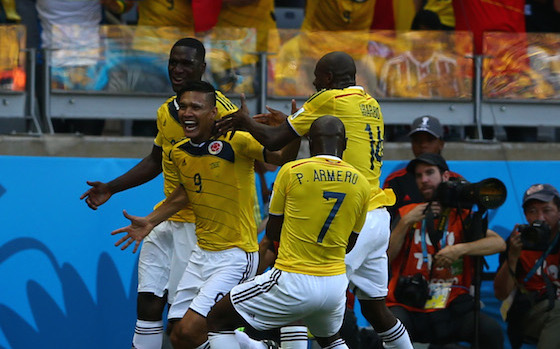 Colombia marked their return to the World Cup after a 16-year absence with an attacking display that earned a 3-0 victory over Greece on Saturday (June 14), and the early initiative in what looks to be a really tight Group C

Colombia went ahead after five minutes when great work by Juan Cuadrado set up Pablo Armero. Teofilo Gutierrez poked in the second after 58 minutes and James Rodriguez drove in a left foot effort in stoppage time at the end of another game full of high-paced action.

Greece struggled to get a foothold in the match and their hopes of a comeback fell away after Theofanis Gekas crashed a header against the bar from point-blank range after 63 minutes. Colombia will now fancy their chances of topping a group that also contains Japan and the Ivory Coast.