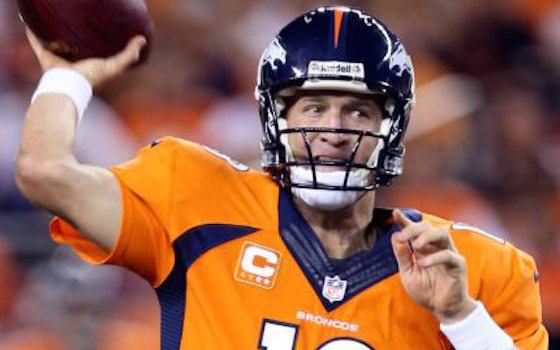 In the NFL's 95-year history, 1,249 different players have thrown a touchdown pass, but quarterback Brett Favre (508) is the only player to reach the 500-touchdown mark.

Denver's Peyton Manning, who has 499 career touchdowns in 17 seasons with Indianapolis and Denver, is on the verge of joining this exclusive club.

"I can say I have never seen a better year played by a quarterback than Peyton Manning," said Pro Football Hall of Famer JOHN ELWAY, who now serves as Denver's general manager and executive vice president of football operations, of Manning's record-breaking 2013 season. "To see what he did, it was truly amazing."

Favre recorded his 500th career touchdown pass in his 293rd games on his 9,924th pass attempt. Manning has 8,563 career attempts and will face the undefeated Arizona Cardinals (3-0) in his 244th regular season game on Sunday.

Here's a look at how quickly Favre and Manning reached each major touchdown pass milestone in terms of games and attempts:

In his career, Manning has connected with 44 different teammates for touchdown passes, demonstrating his unique and consistent ability to find the open receiver, regardless of who it is.

"Peyton's mind is always going," says San Diego offensive coordinator FRANK REICH, who served as quarterbacks coach in Indianapolis for four seasons (2008-11) when Manning was with the Colts. "He's formulating a plan, synthesizing all this information that he is hearing, seeing, studying from other people. He's listening, but he's going to call the shots. There might not be another one like him, who does it like he does it."

MARVIN HARRISON of the Colts was on the receiving end of 112 touchdown passes from Manning, the most of any quarterback-wide receiver duo in NFL history. Denver defensive tackle MITCH UNREIN, on the other hand, has the unique distinction of being the only player whose lone career NFL catch was a touchdown from Manning.

"Luckily, I didn't drop it," says Unrein of his one-yard goal-line touchdown catch against the Buccaneers on December 2, 2012. "I didn't have very much time to get nervous, but I was definitely thinking about it a little bit before the snap. It happened so fast. I kept (the ball) and had Peyton sign it."

"A lot of players have caught those touchdowns, so I'm grateful for all the receivers and the protection I've received along the way," says Manning.

A look at each of PeytonManning's milestone touchdowns:

The 44 players who have connected with Manning on at least one touchdown pass:

The number of NFL players to reach each major touchdown pass milestone: