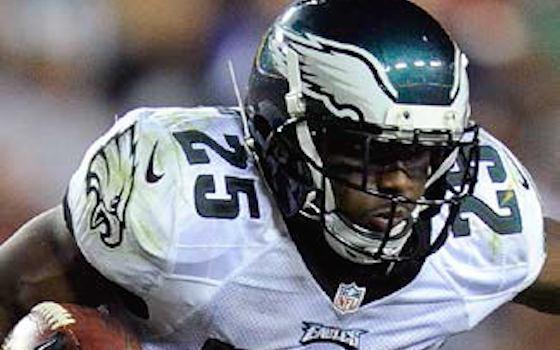 "For us to go undefeated in September is a huge step forward," says Cardinals head coach Bruce Arians, whose team enters its Week 4 bye in first place in the NFC West. "I love the resiliency of our football team and the focus they bring every single day to work."

The chances of making the playoffs after a 3-0 start are good but far from certain. Since 1990, when the current playoff format was adopted, 91 of the 121 teams (75.2 percent) to start 3-0 have qualified for the postseason.

"We set high standards around here and we haven't met them yet," says Lions first-year head coach JIM CALDWELL about the team's 2-1 start. "We have lofty goals but our guys certainly take that challenge and are certainly open to it."

And don't count out any teams yet. Since 1990, 65 teams with a losing record after the first three games made the playoffs. That includes five teams last season -- Carolina, Green Bay, Philadelphia, San Diego and San Francisco. So, entering Week 4, hope is still very much alive for everyone.

In Week 4, the NFL returns to London. For the first time, there will be three regular-season games in the UK with the first of those three games coming Sunday when the Miami Dolphins meet the Oakland Raiders (CBS, 1:00 PM ET) at London's Wembley Stadium.

Among the key games on the schedule this week:

The Dolphins and Raiders will meet at London's Wembley Stadium in the first of three games that will be played in the United Kingdom this season. The contest will mark Miami's second visit to London for a regular-season game as the Dolphins faced the New York Giants in the inaugural International Series matchup in 2007.

"You're on an international stage and playing in front of a new group of fans," says Miami defensive end CAMERON WAKE. "We have a chance to grow Dolphin Nation."

The Raiders return to London for the first time since 1990 when they played in a preseason game at the old Wembley Stadium against the New Orleans Saints.

"I never thought in a million years I would have the chance to come back to Wembley Stadium and play a pro sport in front of a home crowd," says Raiders tackle MENELIK WATSON, who was born in Manchester, England. "It's going to be a special moment for me."

The Eagles overcame a 10-point deficit to defeat the Washington Redskins 37-34 last week. The Eagles are the first team in NFL history to start 3-0 after trailing by at least 10 points in all three games. Philadelphia quarterback NICK FOLES threw three touchdowns passes, connecting twice with rookie JORDAN MATTHEWS and once with JEREMY MACLIN.

"Our whole motto is one down, one to go," says Eagles head coach CHIP KELLY. "We're fortunate right now to be 3-0. We've got to go to work and get ready to go play San Francisco at San Francisco. I don't think anybody is thinking anything past the San Francisco game because that's a really good opponent."

San Francisco is looking to bounce back from a slow start for the second consecutive season. In 2013, the 49ers also started 1-2 and then finished the regular season by winning 11 of their final 13 games. San Francisco advanced to the NFC Championship Game and has played in the conference title game in each of the past three seasons.

"Every Sunday is a new Sunday and you have to come to play," says 49ers linebacker PATRICK WILLIS. "That's part of football. It's any given Sunday. You have to play football. We have to get ready for the Eagles."

The Saints notched their first win of the season in Week 3 with a 20-9 victory over the Minnesota Vikings. New Orleans quarterback DREW BREES threw a touchdown pass to wide receiver MARQUES COLSTON, the duo's 64th career touchdown together which moved them into sixth place in NFL history.

"It's been rough the past two weeks but we've put that behind us and are moving forward," says Saints running back PIERRE THOMAS about the team's win after an 0-2 start. "Now it's on to the next one."

Dallas enters Week 4 seeking the team's third consecutive win. Last Sunday, the Cowboys erased a 21-0 deficit to come back and defeat the St. Louis Rams 34-31. Dallas running back DE MARCO MURRAY rushed for 100 yards and a touchdown -- his third consecutive game with at least 100 yards and a score -- and linebacker BRUCE CARTER had a 25-yard interception-return TD late in the fourth quarter.

"You just understand that these games are 60 minutes and they're not over just because you get off to a bad start," says Cowboys quarterback TONY ROMO. "You just learn that you need to keep grinding."

The Patriots have won two in a row, including last week's 16-9 win over the Oakland Raiders. New England quarterback TOM BRADY notched his 150th career victory as a starting quarterback, joining BRETT FAVRE (186) and PEYTON MANNING (169) as the only players in NFL history to accomplish the feat.

"It was a grind-it-out kind of game," says Patriots head coach BILL BELICHICK about the team's Week 3 win. "It was tough, hard fought and came down to a couple of plays in the fourth quarter. We did some things well but not consistently. We just need to do a better job in a lot of areas. We just need to keep working to improve."

Kansas City defeated the Miami Dolphins 34-15 to give the Chiefs their first victory of the season. Quarterback ALEX SMITH threw three touchdown passes -- including two to running back JOE MC KNIGHT -- and running back KNILE DAVIS rushed for 132 yards and a score.

"Momentum's a funny thing," says Smith. "It's hard to put your finger on it, but certainly this win helps. This is what you're looking for. This is how you get started."