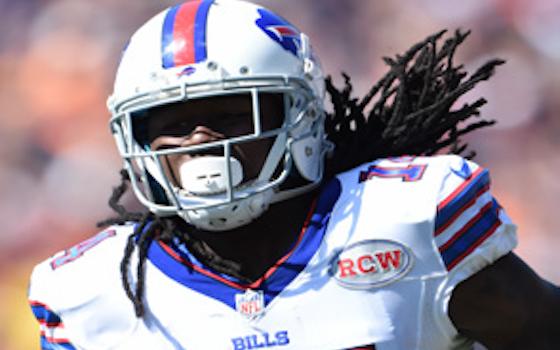 NFL teams have gotten key contributions from rookie wide receivers. This year's class has been touted as one of the best in recent memory and so far it has lived up to the hype.

"I said before the draft that this was the deepest pool of receiving talent that I've seen since I started doing this in 2003," says NFL Network analyst and former NFL scout DANIEL JEREMIAH.

In Week 8, nine rookie wide receivers had at least 75 receiving yards, the most in a single week in NFL history. All nine receivers were selected in the first four rounds of the 2014 NFL Draft and all within the first 118 picks.

"I think 10 of my top 50 players in this draft were wide receivers," says Jeremiah. "And this group has more than lived up to the hype."

Among the nine rookie wide receivers who had at least 75 receiving yards in Week 8 was the first wide receiver selected in the 2014 NFL Draft -- Buffalo's SAMMY WATKINS (No. 4) -- and the 19th -- Pittsburgh's MARTAVIS BRYANT (No. 118). Watkins and Bryant played together at Clemson.

"Sammy Watkins has helped the Bills have a resurgent season," says Jeremiah. "His college teammate Martavis Bryant, we've seen what he can do. He's someone that was picked down the line but that just shows you the depth of this class. On and on and on, this whole group has lived up to the hype."

New Orleans' BRANDIN COOKS, who was chosen by the Saints in the first round (No. 20) out of Oregon State, leads NFL rookie wide receivers with 40 receptions. In Week 8, Cooks had a 50-yard touchdown catch and a four-yard touchdown run, becoming the youngest player in NFL history to record both a TD catch and run in the same game.

Kelvin Benjamin of Carolina, who was drafted No. 28 overall by the Panthers out of Florida State, has five touchdown receptions, tied with Watkins for the NFL rookie lead. Arizona's JOHN BROWN (third round, No. 91 overall, Pittsburg State), who had a game-winning 75-yard touchdown catch in the Cardinals' Week 8 win over Philadelphia, is third among rookies with four receiving touchdowns.