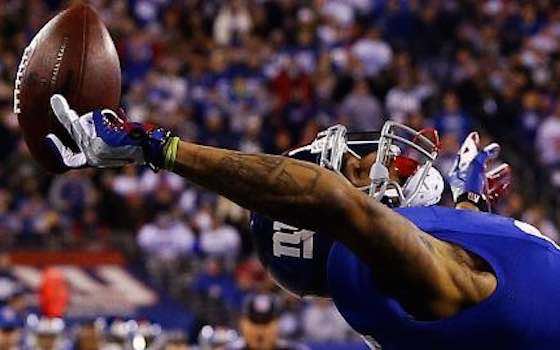 With one week remaining in the 2014 regular season, at least four teams will advance to the playoffs after missing the postseason in 2013 -- ARIZONA (11-4), DALLAS (11-4), DETROIT (11-4) and PITTSBURGH (10-5). Since the 12-team playoff format was adopted in 1990, at least four teams have qualified for the playoffs in every season that were not in the postseason the year before.

Three additional teams that missed the playoffs last season are still in contention for a trip to Super Bowl XLIX -- ATLANTA (6-9), BALTIMORE (9-6) and HOUSTON (8-7).

The NFL teams since 1990 to make the playoffs a season after failing to qualify:

With one touchdown pass against Oakland on Sunday, Manning will reach the 40-touchdown mark for the third time in his career (2004, 2013) and become the only player in NFL history to pass for at least 40 touchdowns in three separate seasons.

The quarterbacks with at least 40 touchdown passes in a single season:

Gates' 99 career touchdown catches are tied for ninth in NFL history and with one on Sunday at Kansas City, he would tie Pro Football Hall of Famer STEVE LARGENT and TIM BROWN for seventh all-time. Gates can also join TONY GONZALEZ as the only tight ends in NFL history with 100 touchdown receptions.

The NFL tight ends with the most touchdown receptions in NFL history:

With 53 receiving yards on Sunday, Gates can join Gonzalez, JASON WITTEN and Pro Football Hall of Famer SHANNON SHARPE as the only tight ends in NFL history with at least 10,000 career receiving yards.

The NFL tight ends with at least 10,000 career receiving yards:

With 76 receiving yards on Sunday against Buffalo, Gronkowski, who had 1,327 receiving yards in 2011, can join TONY GONZALEZ and JIMMY GRAHAM as the only tight ends in NFL history with multiple 1,200-yard receiving seasons.

New York Giants rookie wide receiver ODELL BECKHAM, JR. has 90 or more receiving yards in each of his past eight games.

The rookie wide receivers through Week 16 with the most touchdown catches:

Beckham and Landry, who were college teammates at Louisiana State, can also become the first rookies from the same college to lead their team in receptions in the same season since the 1970 merger.

The NFL players with the most receptions in their rookie season: