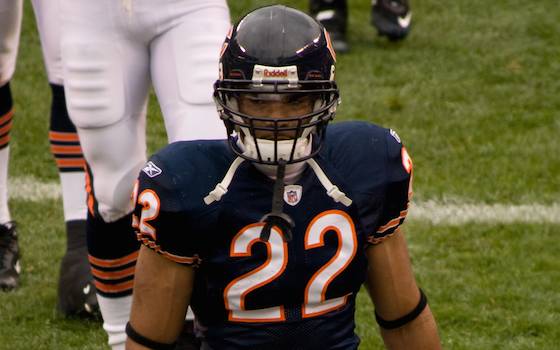 Chicago running back Matt Forte caught six passes for 60 yards and a touchdown in Week 7, bringing his league-best reception total to 52 on the season. With three receptions on Sunday against New England, Forte will surpass Pro Football Hall of Famer MARSHALL FAULK (54, 2002) for the most receptions by a running back through his team's first eight games.

The last running back to lead the NFL in receptions was San Francisco's ROGER CRAIG (92) in 1985. Forte is currently on pace for 118 receptions this season, which would be the highest total for a running back in NFL history.

The most receptions in a single NFL season by a running back:

Denver quarterback PEYTON MANNING passed for four touchdowns in the Broncos' 42-17 victory over San Francisco in Week 7, marking the 12th-consecutive regular-season game in which he has thrown at least two touchdown passes, a streak that dates back to November 24, 2013 against New England.

With two or more touchdown passes in Week 8, Manning will become the first player in NFL history to have two separate streaks of 13-consecutive games with at least two touchdown passes in his career. He also accomplished the feat in 2004 (September 9-December 12).

Manning can tie his own record for the most consecutive multi-touchdown pass games, which he currently shares with New England's TOM BRADY (2010-2011) and Green Bay's AARON RODGERS (2011) for the longest such streak in NFL history.

In his 149th career start, Pittsburgh quarterback Ben Roethlisberger led the Steelers to a 30-23 Monday Night Football victory over Houston in Week 7, marking his 99th win as a starter.

With a victory against Indianapolis on Sunday, Roethlisberger will become the fourth quarterback in NFL history to win 100 or more games in his first 150 starts, joining TOM BRADY and Pro Football Hall of Famers JOE MONTANA and TERRY BRADSHAW.

The quarterbacks with 100 or more wins in their first 150 starts:

Indianapolis quarterback Andrew Luck will play in his 40th career game when the Colts face the Steelers on Sunday. Through his first 39 games, Luck has totaled 10,527 passing yards.

With 232 yards in Week 8, Luck will surpass Pro Football Hall of Famer DAN MARINO for the fourth-most passing yards through the first 40 games of a career in NFL history.

The NFL quarterbacks with the most passing yards through their first 40 games:

The Atlanta Falcons host the Detroit Lions in Week 8 in the second of three regular-season games to be played at London's Wembley Stadium in 2014. The game will be played at 1:30 PM local time in the United Kingdom, making it the first game to be broadcast at 9:30 AM ET in the United States. The contest will also be the first game played outside of North America for both the Falcons and Lions.