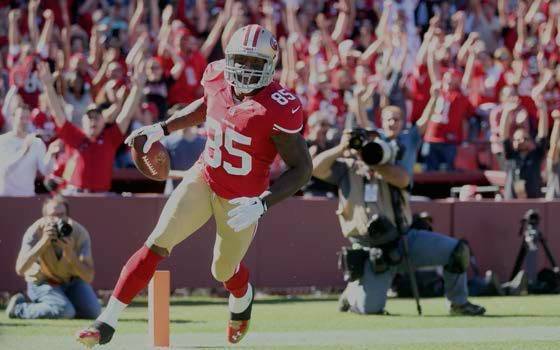 NFL teams have combined for 248 touchdown passes in 2014, the most of any NFL season through Week 5. Standout performances by tight ends have contributed to the trend.

Through Week 5, NFL tight ends have combined for 752 receptions, 8,194 receiving yards and 72 touchdown catches, all of which are on pace to be the highest combined totals for the position of any season in NFL history.

"This game has always been about matchups," says NFL Network analyst and former head coach BRIAN BILLICK. "You hear coaches say it every week: where are my best matchups? Well, your best matchup today is likely a tight end against a linebacker or safety. To have a talent that can stretch the field like a legitimate receiver but also be a point of attack in-line blocker, that's why everyone covets one of those guys."

There have been 10 individual multiple-touchdown performances by tight ends in 2014, the second most through Week 5 of any NFL season (12 in 2013), including two by AFC tight ends this past weekend. Their teams have posted a 9-1 record in those contests.

Denver's JULIUS THOMAS, who leads all NFL players with seven touchdowns this season, had two TD catches in the Broncos' 41-20 win against Arizona on Sunday. San Diego's ANTONIO GATES had two touchdowns in the Chargers' 31-0 win against the Jets in Week 5.

Thomas' seven touchdowns are the most ever by a tight end through his team's first four games of a season, surpassing the mark of six previously shared by Gates (2010) and JIMMY GRAHAM (2013). Thomas aims to become the first tight end in NFL history to lead the league in total touchdowns for a season.

"I've never seen this many tight ends this good at one particular time," says Pro Football Hall of Famer SHANNON SHARPE, one of eight tight ends enshrined in Canton. "We've never seen the position this dominant. This is the golden age of tight ends."

The 10 individual multiple-touchdown performances by NFL tight ends in 2014: