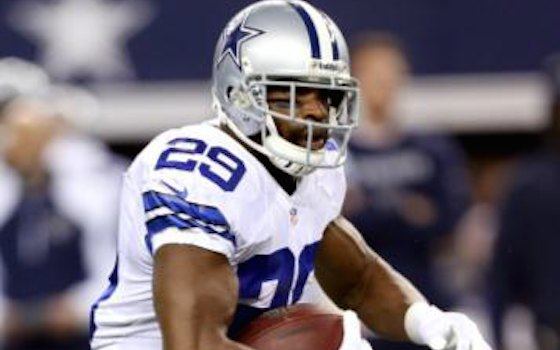 As the NFL approaches the midpoint of the season, the games -- and standings -- have been close. So there's a lot to look forward to in the weeks ahead.

Five games in Week 7 were decided by two points or fewer, the most such games of any NFL weekend since 1982 (Week 7). In two of those contests, the game-winning points were scored in the final seconds.

Dallas owns the best record in the NFL at 6-1, but three other clubs are right behind the Cowboys at 5-1 (Arizona, Denver and Philadelphia). And teams can still turn things around this season. Since 1990, 33 teams had a losing record after seven games and advanced to the playoffs. The Eagles accomplished the feat last year.

And this week, as the NFL returns to the United Kingdom for the second of three sold-out 2014 International Series Games, fans in the United States will experience a fourth game broadcast window on Sunday morning for the first time as the Atlanta Falcons host the Detroit Lions at London's Wembley Stadium at 9:30 AM ET (1:30 PM local time in the UK).

"We are excited about playing three regular-season games in the UK for the first time and debuting a new game time that we expect to be a hit with fans on both sides of the Atlantic and around the world," says MARK WALLER, the NFL's executive vice president of international.

Miami beat Oakland 38-14 in London in Week 4 before a crowd of 83,436 to kick off this year's International Series. The Jacksonville Jaguars will host the Dallas Cowboys in Week 10 at Wembley in the final installment of the UK tripleheader.

Week 8 kicks off with a key AFC West matchup between the Chargers and Broncos on Thursday Night Football that will feature the AFC's top-rated passers -- Denver's PEYTON MANNING (118.2) and San Diego's PHILIP RIVERS (113.0).

"I have great appreciation for all the players in the NFL, playing now and those who have played before us, especially at the quarterback position," says Manning, who also extended his NFL record for the most games with at least four touchdown passes (33). "I'm very humbled, and I'm very honored."

San Diego's five-game win streak came to an end in Week 7 against Kansas City as the Chiefs kicked the game-winning field goal with 21 seconds left in the fourth quarter to seal a 23-20 victory. But with first place on the line this week against Denver, the Chargers are still in a favorable position as the midpoint approaches.

"This is a 16-week deal you sign up for, we're here through seven of them," says Rivers, who has passed for at least two touchdowns in six consecutive games. "We're in an okay spot; we've just got to keep going."

The Lions and Falcons will meet at London's Wembley Stadium in the first regular-season game outside North America for both teams.

The Lions are tied with Green Bay for first place in the NFC North after erasing a 14-point deficit against New Orleans in a come-from-behind 24-23 victory in Week 7. Wide receiver COREY FULLER caught the game-winning five-yard touchdown pass from quarterback MATTHEW STAFFORD with 1:48 remaining in the fourth quarter as Stafford tied Pro Football Hall of Famer BOBBY LAYNE (118) for the most career touchdown passes in Lions history.

Winners of four of their past five games, the Lions will look to maintain that momentum as they head across the Atlantic.

"It's an opportunity for us to play a game in a different part of the world and have them experience some of the things that our fans have an opportunity to experience," says Detroit head coach JIM CALDWELL. "But for us, it's a business trip, it's not a vacation. Our business is to go over there and get ready to play a hungry Atlanta team in a game that means a lot to us. We've got our work cut out for us."

The Falcons are looking to rebound from a 29-7 loss at Baltimore and shifted focus immediately to preparing for the Lions.

"We need to worry about this coming week," says quarterback MATT RYAN. "We need to prepare better, practice better and play better. We know what to do."

Atlanta will serve as the home team in London, and will approach the week as they would as if they were at their own facility in Flowery Branch, Georgia.

"What we're trying to do is try to make this like a home game," says Atlanta head coach MIKE SMITH. "This is one of our eight home games that we have, so our schedule of the week will be the same."

The first-place Cardinals improved to 5-1 with a 24-13 win at Oakland last week. Quarterback CARSON PALMER threw first-half touchdown passes to STEPFAN TAYLOR (two yards) and MICHAEL FLOYD (33 yards) as Arizona built a 14-0 lead against the Raiders.

"Every Sunday gets bigger and bigger," says Cardinals tackle JARED VELDHEER. "It's nothing but a good start. We need to keep the mindset of 'We need to win every week.'"

Fresh off their bye week, the Eagles are averaging an NFC-best 30.5 points per game this season and put forth a dominant defensive performance in Week 6 with a 27-0 shutout victory against the New York Giants. This week, Philadelphia will be looking to keep pace with first-place Dallas (6-1).

Week 8 concludes with a key NFC East divisional contest as Dallas hosts Washington on Monday night. The game marks the 16th meeting between the Cowboys and Washington on Monday Night Football, the second-most frequent matchup in the 45-year history of the series (Raiders-Broncos, 17 times).

The Cowboys improved to 6-1 -- the best record in the NFL -- with a 31-21 home win over the New York Giants in Week 7. Running back DE MARCO MURRAY (128 rushing yards, one touchdown) has rushed for at least 100 yards in each of the Cowboys' seven games so far, surpassing Pro Football Hall of Famer JIM BROWN (six games in 1958) for the longest such streak in NFL history to begin a season.

"I think we did this as a group, so it's hard for me to accept this individually," says Murray of his record-breaking streak. "The offensive line is a huge part of this… the tight ends, the receivers, the entire coaching staff. But I definitely give a lot of credit to those guys. But there's a lot of hard work that needs to be done. It's a long season."

Washington earned a 19-17 win against Tennessee with a 22-yard field goal by KAI FORBATH on the final play of the game. In his first action of the season, quarterback COLT MC COY completed 11 of 12 passes for 128 yards and a touchdown in the second half. He orchestrated a 10-play, 76-yard drive that culminated with Forbath's game-winning kick.

"We needed a win bad," says Forbath. "Colt stepped in, put me in a great position. I couldn't ask for better field position to kick the game-winner, so hats off to our offense for getting us there."