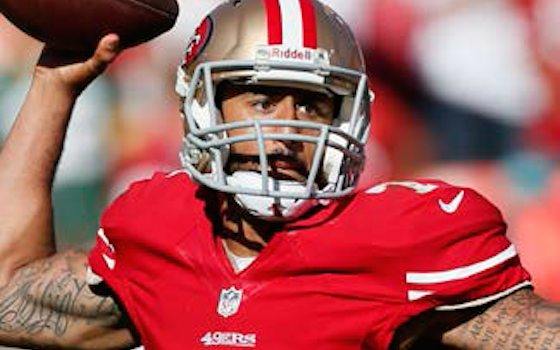 Six weeks into the NFL season, the standings remain close.

"It's not easy to win football games," says quarterback Peyton Manning of the 4-1 Denver Broncos. "I learned long ago to never take winning for granted. It's tough to win in the NFL."

"It's not easy to stay in first place," says Cardinals head coach BRUCE ARIANS, whose team leads the NFC West. "But we're there and we want to make sure we stay there."

Week 7 kicks off on Thursday night when the New England Patriots host the New York Jets (CBS/NFL Network, 8:25 PM ET) in an AFC East showdown. Some of the key games this weekend:

In the last meeting between the teams, Jets quarterback Geno Smith passed for a touchdown and rushed for a score as he led New York to a 30-27 overtime win. The Jets, who battled Denver last week and were within one score in the fourth quarter before losing, will look to end their current losing skid.

"We might be counted out but we're not dead," says Jets head coach REX RYAN. "We're going to fight our tails off. We're a resilient bunch. As I told our team, a team that doesn't quit is hard to beat. Our guys, we're not quitting. We've just begun to fight."

New England has moved into first place in the AFC East with a 4-2 record after last week's 37-22 win at Buffalo. Patriots quarterback Tom Brady passed for 361 yards and four touchdowns -- compiling a 139.6 passer rating -- and surpassed Pro Football Hall of Famer Dan Marino for the third-most games with at least 350 passing yards and four touchdown passes (Brady 11, Marino 10).

"The Bills are tough so it was a good win for us," says Patriots head coach BILL BELICHICK. "We need to move on to the Jets quickly. They played very competitively against a very good football team in Denver. I'm sure we'll get that same type of play from them on Thursday night."

The Panthers enter Week 7 in first place in the NFC South. Last week, Carolina left Cincinnati with a 37-37 tie, the highest-scoring tie game since October 16, 1964 when the Boston Patriots and Oakland Raiders tied 43-43. Quarterback CAM NEWTON passed for 284 yards with two touchdowns and rushed for 107 yards with a score. Newton is the only player in NFL history with at least 250 passing yards, two touchdown passes, 100 rushing yards and a rushing touchdown in a single game. And this is the second time in his career he has done it (December 9, 2012).

"When he gets out there and starts running and gets in that flow, it's what makes him different from anybody else," says Panthers tight end GREG OLSEN, who leads NFC tight ends with five receiving touchdowns.

The Packers improved to 4-2 with a 27-24 win at Miami as quarterback AARON RODGERS threw the game-winning touchdown pass to tight end ANDREW QUARLESS with three seconds remaining. Rodgers, who was playing in his 100th career game, has 203 touchdown passes, the second-most ever by a player in his first 100 games, trailing only Pro Football Hall of Famer DAN MARINO (217).

"You want the opportunity to make a play there at the end," says Rodgers, who is the first player in NFL history with at least 15 touchdown passes and one or zero interceptions in his team's first six games.

With a 3-1-1 record and .700 winning percentage, the Bengals remain in first place in the AFC North. Last week, the Bengals and Carolina Panthers tied 37-37. Running back GIOVANI BERNARD rushed for a career-high 137 yards, including an 89-yard touchdown run, the second-longest in franchise history (COREY DILLON, 96 yards).

"It's a weird feeling," says Bengals quarterback ANDY DALTON, who passed for 323 yards and two touchdowns against Carolina. "I've never been involved in a tie before. We had our chances. It's not a win. That's the thing that's tough."

The Colts have won four in a row after an 0-2 start. Last Thursday, Indianapolis built a 24-0 lead before holding on for a 33-28 win at Houston. Quarterback ANDREW LUCK passed for 370 yards and three touchdowns while wide receiver T.Y. HILTON hauled in nine catches for 223 yards with a score.

"T.Y. is a big playmaker and has become a true wide receiver, not just a deep threat," says Luck, who leads the NFL with 1,987 passing yards and 17 touchdown passes. "He's a heck of a football player."

"We just want to win," says Kaepernick, who rallied his team back from an early 14-0 deficit against the Rams. "Whatever it takes, if we're up with the lead or if we have to come from behind."

At 4-1, the Broncos trail only San Diego (5-1) in the AFC. Last week, Denver defeated the New York Jets 31-17 behind PEYTON MANNING's three touchdown passes. Broncos tight end JULIUS THOMAS had two touchdown catches and he now has nine this season, tied for the most in NFL history by any player through his team's first five games (CALVIN JOHNSON, 2011).

"Any time you win on the road in the NFL," says Manning, "it's a good thing."

Manning has 506 career touchdown passes and needs three to pass BRETT FAVRE (508) for the most in NFL history.

"I don't know if any of these records are big for me, especially in the middle of the season," says Manning. "We're playing a tough schedule, we've got the 49ers at home and they've been one of the dominant teams of the past couple years. That's all I'm thinking about."

In Week 6, Houston defensive end J.J. Watt had a 45-yard fumble-return touchdown, his third touchdown of the season. Watt is the only player in the past 50 years to score a touchdown via a fumble return, an interception return (80 yards) and a reception (one yard) in a single season.

Pittsburgh running back LE'VEON BELL leads the AFC in rushing (542) and scrimmage yards (793). The second-year running back has recorded at least 100 scrimmage yards in all six games this season and will look to continue that streak when he plays on Monday Night Football for the first time in his career.

"It's is a big deal for everybody around the league just because everybody grew up watching Monday night games," says Texans quarterback RYAN FITZPATRICK. "These are the games that all eyes are on you. It's important to go out and play well because of that."