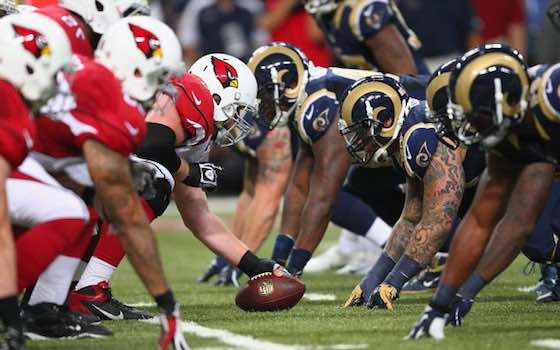 Arizona enters Week 15 following a 17-14 win against Kansas City, improving to 7-0 at home this season. The Cardinals' seven home wins are the most for the franchise in a single season since 1925, when the team won 11 of its 13 home games.

Arizona quarterback Drew Stanton passed for 239 yards and the game-winning 26-yard touchdown pass to wide receiver Jaron Brown late in the third quarter. Stanton has won six of his past nine starts, including four wins as a starter this season.

"You have to love the NFL schedule," says Arizona wide receiver Larry Fitzgerald. "You want a tough game against a great football team. St. Louis again played a really good game and those guys are rolling right now. It's always tough to play there, but we're going to be ready for the occasion."

St. Louis aims for its third consecutive victory following a 24-0 win at Washington.

"We are really focused in well right now and I thought it was huge to get two wins in a row," says Rams linebacker JAMES LAURINAITIS. "We have to challenge ourselves really hard the next three days in preparation for Arizona on Thursday night. We have to lock it in, and keep this thing going. There's definitely momentum right now, and we just have to keep fighting and keep stacking wins."

Laurinaitis (1.5), rookie defensive tackle AARON DONALD (one) and defensive end ROBERT QUINN (1.5) combined for four of the Rams' seven sacks against Washington. Donald (Round 1, No. 13 overall) leads all rookies with seven sacks in 2014. Quinn's 10.5 sacks rank fourth in the NFC, and he has led a defensive unit that recorded 13 sacks in the previous two games, the second most in the NFL during that span. For the season, St. Louis is tied for third in the NFC with 35 sacks.

On offense, rookie running back TRE MASON (Round 3, No. 75 overall) leads all NFC rookies with 628 rushing yards. In his past three games at home, Mason has 363 scrimmage yards (315 rushing, 48 receiving) and has scored four touchdowns (three rushing, one receiving).

The NFC rookies with the most rushing yards this season:

QB DREW STANTON has won 6 of past 9 starts

Have back-to-back shutout wins for 1st time since 1945