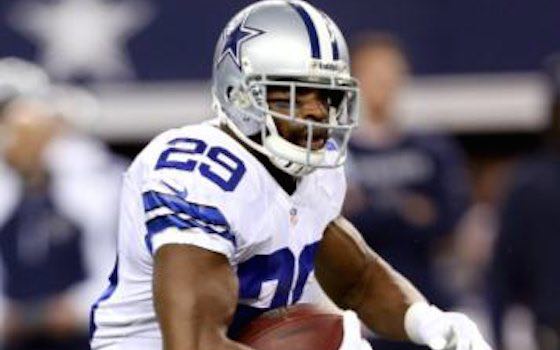 Chicago aims to rebound from a 34-17 loss at Detroit on Thanksgiving Day.

Bears wide receiver ALSHON JEFFERY had nine receptions for 71 yards and two touchdowns against the Lions. Jeffery has seven touchdown catches this season, including four in the previous three games.

"We've got a big game in primetime this Thursday night," says Chicago wide receiver BRANDON MARSHALL, who has 22 catches for 432 yards and three touchdowns in four career games against Dallas. "We've definitely got to put our best game forward against the Cowboys."

Quarterback JAY CUTLER aims for his third win as a starter against Dallas this week. In two career matchups, Cutler has passed for 552 yards with five touchdowns with a 138.2 passer rating.

"I think it's just about this week, this Thursday against the Chicago Bears," says Dallas quarterback TONY ROMO on heading into the season's final four games. "More than anything, it's a time to start playing your best football and our football team needs to understand the sense of urgency is now. I think our guys understand what's ahead of them if they can go on and play their best football."

The Cowboys travel to Chicago with a 5-0 record on the road this season, the best road record in the NFL. In wins away from home, Romo has passed 1,164 yards with 12 touchdowns for a league-best 122.0 passer rating.

In his career as a starter on Thursday, Romo has led Dallas to a 7-2 record with a 103.1 passer rating. Week 14 will mark Romo's first career road start on Thursday.

Murray has gained at least 100 rushing yards in 10 of 12 games heading into Thursday, and leads the league with 1,427 rushing yards this season. In three career Thursday games, Murray has 343 scrimmage yards (114.3 per game) and four rushing touchdowns.