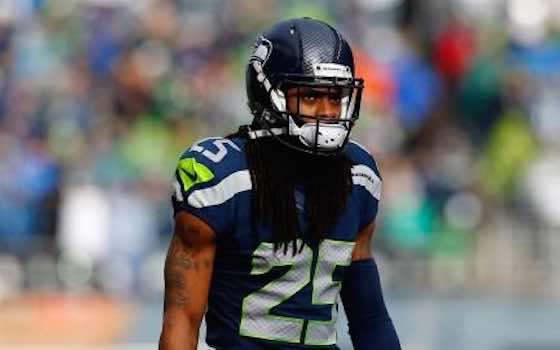 With all 53 players on the active roster and 10 practice-squad members healthy enough to work, a rarity for this late in a season, the defending Super Bowl champion Seattle Seahawks opened their practice week for Super Bowl XLIX with their weekly "Competition Wednesday" practice on the campus of Arizona State University.

Under threatening skies with temperatures in the low seventies and a light breeze blowing, the Seahawks practiced for one hour and 32 minutes on Arizona State's two natural-grass football practice fields, the workout ending at dusk under the lights. As usual, the Seahawks were serenaded by a diverse music mix blasting from sideline speakers, ranging from Jay Z to Evil Empire to Elvis Presley.

"Terrific work," coach Pete Carroll said minutes after the practice ended. "Terrific day. The energy was there, and guys got good work in. This was an unusual day for the guys, with the media stuff in the middle of the day. We had meetings in the morning, then the media, then more meetings to prepare for practice, and then came out here. But the guys worked hard."

Notable for their work on Wednesday were the three Seahawks who entered the week with some injury concerns. But today's practice showed the Seahawks should be one of the healthiest Super Bowl teams in memory. The injury questions:

- Cornerback Richard Sherman (hyperextended elbow) worked regularly with the defense and made a leaping interception, extending both arms in the air to make it. With his elbow wrapped, Sherman didn't look affected by the injury suffered in the NFC title game 10 days ago.

- Guard J.R. Sweezy (ankle) took his turns with the first-unit offensive line and worked without any sort of limp, looking fit and not lagging behind in any drills

"We're really fortunate to be this healthy," said Carroll. "If we can make it through practice tomorrow, we'll be in great shape."

Carroll maintains that "Competition Wednesday" helps him determine playing time during the season. So even though players worked out in helmets and no pads, the tempo was fast and spirited. When defensive tackle Tony McDaniel batted down a Tarvaris Jackson pass, defensive line-mate Michael Bennett leaped to congratulate him, and three other defenders swarmed them.

Carroll said he'd have to look at the tape of practice to determine a daily winner -- on Wednesdays, either the offense or defense is declared the winner -- but with the offense keeping the quarterback clean on a late-practice pass-protection drill, he said the offense likely won the day. After practice, many Seahawks used the ASU weight room to get in a quick lift before buses took the team back to its hotel, with members of the Sun Devils' woman's basketball team looking on.