Super Bowl XLIX: All Comes Down to This 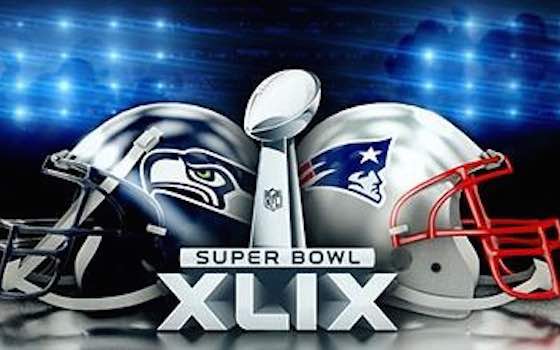 Super Bowl XLIX: All Comes Down to This

Two teams. One game. It all comes down to this.

On Sunday, February 1, the New England Patriots and Seattle Seahawks will meet in Super Bowl XLIX (6:30 PM ET, NBC) at University of Phoenix Stadium in Arizona.

For the second consecutive season, the game will feature the No. 1 seed in each conference.

"There are 32 teams that started and now there are two remaining," says New England quarterback TOM BRADY. "We're trying to be the one that finishes off the season the way you want to, the way we wanted to from the start of the year."

"We're looking forward to the opportunity to play a great team in the Patriots with a great coach and a great quarterback," says Seattle quarterback RUSSELL WILSON. "We have a lot of respect for them and what they do. We're just grateful to have the opportunity."

The Seahawks erased a 16-0 deficit and defeated Green Bay 28-22 in overtime of the NFC Championship Game. Wilson threw the game-winning 35-yard touchdown pass to wide receiver JERMAINE KEARSE in overtime to send Seattle back to the Super Bowl. The Seahawks are seeking to become the ninth team to win back-to-back Super Bowls and the first since New England in 2003-04.

Running back MARSHAWN LYNCH rushed for 157 yards and a touchdown in the win over Green Bay and his 815 career postseason rushing yards are the most by a Seahawk. Since 2011, Lynch's 6,039 rushing yards and 55 rushing touchdowns are both the most in the NFL (including the playoffs). Wide receiver DOUG BALDWIN had 106 receiving yards in the NFC Championship Game, his fourth playoff game in a row with either 100+ receiving yards or a touchdown catch. Kearse has now caught a touchdown pass in four consecutive postseason games.

"It's a tremendous accomplishment for the club to be able to get a chance to go back to the Super Bowl," says Carroll. "It's extraordinarily fun for us and I hope for everybody else, too. We're going to do everything we can to go get it done."

"Russell and Tom Brady are both great winners," says Carroll about the two starting quarterbacks in Super Bowl XLIX. "Tom has had a long time to prove that. Russell is at the early stages of proving that to the world. But he's got a chance to be similar."

The Patriots defeated Indianapolis 45-7 in the AFC Championship Game to advance to the team's eighth Super Bowl. That is tied with Dallas and Pittsburgh for the most Super Bowl appearances in NFL history.

"It's awesome and an unbelievable feeling to be going back to the Super Bowl," says Patriots tight end ROB GRONKOWSKI. "I know this team has worked hard all year and we've stuck together as a team."

Defensively, linebacker JAMIE COLLINS and cornerback DARRELLE REVIS each had an interception in the AFC Championship Game. During the regular season, Collins and Revis were tied for the team lead in interceptions (two) with safety DEVIN MC COURTY and cornerback LOGAN RYAN.

Belichick's 21 postseason victories are the most by a head coach in NFL history. Brady has won 20 career playoff games, the most ever by a starting quarterback.

"You have to have a good team," says Belichick. "There are all the components of it. One guy can't win in this league. All one guy can do is do his job. Tom does his job as well as anybody. I'm so thankful that he's our quarterback. There's nobody I would rather have. He does everything well. And with a lot of other people doing their jobs, well, then you have a good team."

"It's a great challenge," says Brady about facing the Seahawks. "We're going to play a great team. That's why they're in this game too."

The Patriots and Seahawks have met 16 times with the series being split 8-8. This will mark the first postseason meeting ever between the two clubs. The two teams last met during the 2012 season (October 14) in a game won by the Seahawks 24-23 in Seattle. In that contest, then-rookie quarterback Russell Wilson threw two fourth-quarter touchdown passes as the Seahawks erased a 13-point deficit.

"To go back to my rookie season, that seems like forever ago," recalls Wilson. "But back in my rookie season, playing against the Patriots, I truly think that was one of the biggest games for me personally, especially being able to come back against a great team. That was a huge comeback for us. I think that was kind of a momentum starter for us for the past three years. The Patriots are always on, they're always ready to go, so we're going to have to play our best football, that's for sure."

"Super Bowl XLIX: All Comes Down to This