What To Look For: Divisional Playoffs Preview 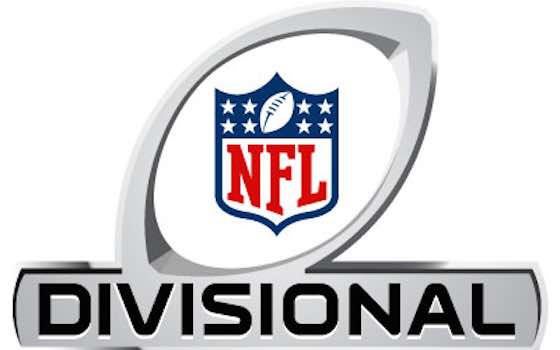 Here's what to look for during this weekend's Divisional Playoffs

View From The Top

Both No. 1 seeds are in action this weekend when the top-seeded Seattle Seahawks host the Carolina Panthers in the NFC and the No. 1-seed New England Patriots face the Baltimore Ravens in the AFC.

Two of the four top seeds rank among the teams with the most first-round byes since the 12-team playoff format was adopted in 1990. New England (10) has the most, while Denver (seven) has the fourth-most since 1990.

The teams with the most first-round byes since 1990:

With a victory against Green Bay, Dallas would advance to its 15th NFC Championship Game, which would tie PITTSBURGH (15) and SAN FRANCISCO (15) for the most appearances in a Conference Championship Game since 1970.

NEW ENGLAND is fourth on the all-time list and can move into a tie for third with a win against Baltimore on Saturday. This would be New England's fourth consecutive appearance in the AFC Championship Game.

The teams with the most appearances in a Conference Championship Game since 1970:

New England quarterback TOM BRADY has thrown 43 career postseason touchdown passes, the third most in NFL postseason history. He trails BRETT FAVRE (44) and Pro Football Hall of Famer JOE MONTANA (45) for the most in NFL history.

With three TD passes against Baltimore on Saturday, Brady would surpass Favre and Montana for the most postseason TD passes in NFL history.

The starting quarterbacks with the most postseason TD passes in NFL history:

Baltimore quarterback JOE FLACCO made his NFL-record tying 14th career postseason start in his first seven seasons -- tying an NFL record -- in a 30-17 win against Pittsburgh on Wild Card Weekend. Flacco completed 18 of 29 passes for 259 yards with two touchdowns and no interceptions for a 114.0 passer rating against the Steelers. Flacco has not thrown an interception in 166 consecutive attempts, the fourth-longest streak in NFL playoff history.

With 14 consecutive pass attempts without an interception on Saturday against New England, Flacco would surpass Pro Football Hall of Famers STEVE YOUNG (173 attempts; 1994-96) and JOE MONTANA (179 attempts; 1989-91) for the second-longest such streak in NFL playoff history.

The players with the most consecutive pass attempts without an interception in NFL playoff history:

Indianapolis quarterback ANDREW LUCK threw for 376 yards in a 26-10 victory over Cincinnati on Wild Card Weekend. Luck has now thrown for at least 300 yards in three consecutive playoff games, tied for the second-longest streak in NFL history.

With 300 passing yards on Sunday at Denver, Luck would tie Pro Football Hall of Famer DAN FOUTS (four) for the most consecutive 300-yard playoff games in NFL history.

The players with the most consecutive 300-yard passing games in NFL playoff history:

Head Of The Coaching Class

With a win against Baltimore on Saturday, Belichick would tie Pro Football Hall of Famer TOM LANDRY (20) for first place on the all-time postseason wins list.

The head coaches with the most playoff wins in NFL history:

What To Look For: Divisional Playoffs Preview