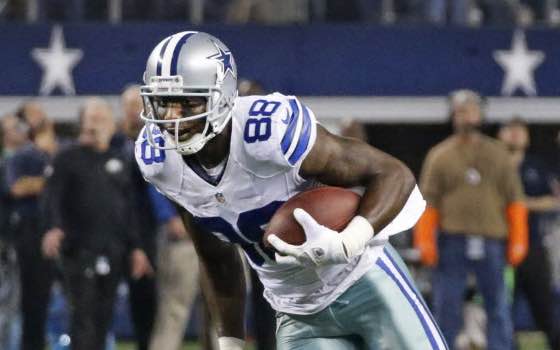 Entering Week 13 of the 2014 NFL regular season, there are 16 teams with at least seven wins, the most ever through 11 games. And the standings remain close, including in the AFC North, which is the first division in NFL history to have every team at least three games over .500 at any point in a season. So with five weeks to play, nothing has been settled.

"We feel like we are in the playoffs," says San Francisco 49ers safety ANTOINE BETHEA about playing games at this time of year. "Win at all costs."

Week 13 begins on Thursday with a Thanksgiving tripleheader for the ninth consecutive year. Traditional competitors Detroit and Dallas will host games during the day followed by a primetime nightcap on NBC. All three games on Thanksgiving are division contests. The three Thanksgiving games and some of the other key contests in Week 13:

NFC North rivals will meet in Detroit to kick off Thanksgiving. The Bears have won two games in a row to move within a game of .500 while the Lions enter Week 13 just one game behind Green Bay for the division lead. Detroit will play its 75th Thanksgiving Day game and host the Bears on the holiday for the first time since 1999.

Chicago running back MATT FORTÉ rushed for 89 yards and two touchdowns last week in Chicago's 21-13 win over Tampa Bay. Forté, who reached 7,000 rushing yards (7,488) and 3,500 receiving yards (3,517) in his 102nd game, is the third-fastest in NFL history to reach the milestone, trailing only Pro Football Hall of Famers MARSHALL FAULK (97 games) and MARCUS ALLEN (99).

Lions wide receiver CALVIN JOHNSON aims for his sixth Thanksgiving game in a row with a touchdown catch. He has also recorded at least 100 receiving yards in each of his past two games played on the holiday.

First place in the NFC East is on the line as the Eagles and Cowboys meet on Thanksgiving for the first time since 1989. Both teams enter the game tied for the top spot in the division with 8-3 records.

Philadelphia defeated Tennessee last week 43-24 and started quickly as rookie JOSH HUFF returned the opening kickoff 107 yards for a touchdown, the longest scoring play in team history. The Eagles have 10 return touchdowns this season scored by nine different players. That is already tied for the most players to score a return touchdown for a team in a season in NFL history.

The Cowboys are 29-16-1 on Thanksgiving and have won six of their past eight on the holiday. Quarterback TONY ROMO has won six of seven Thanksgiving starts and has also won his past three starts against the Eagles. Running back DE MARCO MURRAY, who has rushed for 100 yards in 10 of the team's 11 games this season, rushed for three touchdowns last year on Thanksgiving.

Thanksgiving concludes with an important NFC West showdown between last year's NFC Championship Game participants. Both the Seahawks and 49ers are 7-4, two games behind Arizona in the division and right in the thick of the NFC playoff race.

The Seahawks are coming off a 19-3 win over the Cardinals in which the Seattle defense limited Arizona to 204 total net yards. Quarterback RUSSELL WILSON has won three of his past four starts against the 49ers, including the NFC Championship Game, and he has won his past two Thursday games while posting a 116.6 passer rating.

San Francisco has won three games in a row, including last week's 17-13 win over Washington. Wide receiver ANQUAN BOLDIN had nine catches for 137 yards and a touchdown in Week 12. In his past two Thursday games, he has 14 catches for 221 yards (110.5 per game) and a touchdown.

Two teams in the middle of the competitive AFC playoff race will play Sunday in Baltimore. Both teams remain alive for a division title and for a Wild Card spot.

The Chargers improved to 7-4 with a 27-24 home win over St. Louis last week. Running back RYAN MATHEWS rushed for 105 yards and a touchdown while wide receiver KEENAN ALLEN had 104 receiving yards with a score. Quarterback PHILIP RIVERS has posted a 101.4 passer rating this season, the fifth-highest mark in the league.

With five games to go, both New Orleans and Pittsburgh are right in the mix as the postseason nears.

The Saints are tied with Atlanta for the top spot in the NFC South and New Orleans looks to make a late-season run for the division title. Last week, quarterback DREW BREES passed for 420 yards and three touchdowns -- including two to tight end JIMMY GRAHAM -- as the Saints racked up 525 yards of offense in a losing effort.

Pittsburgh is 7-4 and just a half-game behind division-leader Cincinnati (7-3-1) in the AFC North. The Steelers, who had a bye in Week 12, are coming off a come-from-behind 27-24 victory at Tennessee in Week 11 on Monday Night Football. Pittsburgh scored 14 unanswered points in the fourth quarter to erase an 11-point deficit as running back LE'VEON BELL and wide receiver ANTONIO BROWN each scored a touchdown. In that contest, Bell rushed for a career-high 204 yards, the most rushing yards by any player in a game this season.

Two of the NFL's hottest teams will meet on Sunday afternoon at Lambeau Field when the Packers host the Patriots.

New England has won seven games in a row, including last week's 34-9 victory over Detroit. With the win, the Patriots clinched the team's 14th consecutive winning season. New England is only the sixth team in NFL history to post at least 14 consecutive winning seasons and the first to accomplish the feat since San Francisco did so in 16 seasons in a row from 1983-1998. During the team's current seven-game winning streak, quarterback TOM BRADY has thrown 22 touchdowns and posted a 111.7 passer rating.

The Packers are 5-0 at home this season, outscoring opponents 219-85. Green Bay has scored at least 50 points in each of its past two homes games. Quarterback AARON RODGERS has thrown 322 consecutive passes and 29 touchdowns in a row without an interception at home; both streaks are the longest in NFL history. Running back EDDIE LACY has recorded at least 100 scrimmage yards and a touchdown reception in three consecutive games, becoming the first running back in franchise history to accomplish the feat.

Sunday's action concludes with an AFC West contest between the 8-3 Broncos and 7-4 Chiefs. Denver holds a one-game lead over Kansas City and San Diego entering Week 13.

The Chiefs have won four in a row at Arrowhead Stadium, outscoring opponents 123-51. Running back JAMAAL CHARLES has scored 11 total touchdowns (eight rushing, three receiving) in his past eight games and his career average of 5.5 yards per carry is the highest in league history by a running back (minimum 750 attempts). Linebacker JUSTIN HOUSTON leads the NFL with 13 sacks, including 11 sacks in the past nine games.