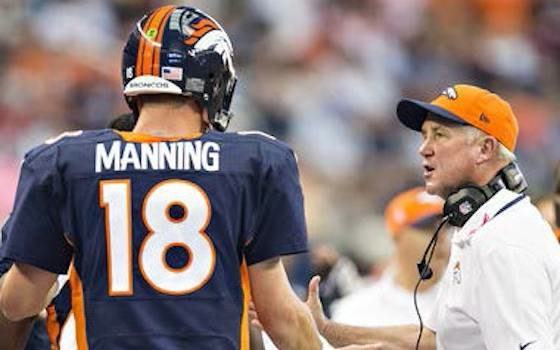 This week's primetime Thursday Night Football game will feature two of the NFL's most efficient teams in the red zone -- Denver and San Diego.

The Broncos (5-1) and Chargers (5-2) have each scored points on their past 53 offensive trips inside the 20-yard line, tied for the longest active streak in the NFL.

Scoring points as often as possible is important in the red zone, but it's touchdowns that can really make the difference.

"It's obviously important to get seven instead of three," says NFL Network analyst and former scout Daniel Jeremiah. "When you're getting touchdowns, it does a couple of things. Obviously you get the momentum in the football game. Also, expanding your lead and allowing the pass rush on the other side to really crank up. It's huge."

This season, Denver has scored touchdowns on 15 of 19 red zone trips (NFL-best 78.9 percent) along with four field goals. All 25 of San Diego's trips into the red zone have resulted in points in 2014, including 14 touchdowns and 11 field goals.

The Broncos, Chargers and Seahawks are the only three NFL teams to score points on every red zone possession this season.

Since quarterback Peyton Manning joined the Broncos in 2012, Denver has scored 105 touchdowns in 152 total red zone trips, the best mark in the NFL during that span. This season, 12 of Manning's 19 touchdown passes have come inside the 20-yard line.

As he's done throughout his career, Manning utilizes the whole field and finds the open receiver in the end zone, regardless of who it might be.

The NFL teams with the best red-zone touchdown efficiency since 2012: