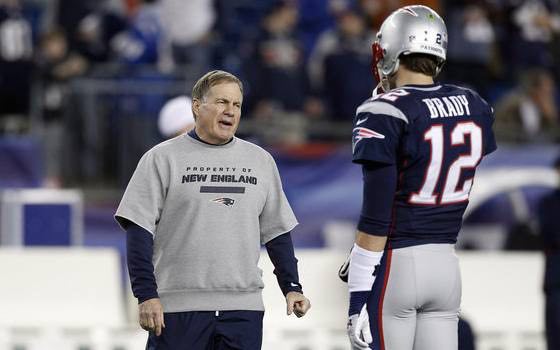 The standings are close as NFL teams begin their playoff push. Through the first 11 weeks, there are 21 teams either in or within one game of a playoff spot.

"These games are like one-game playoffs," says 49ers safety ANTOINE BETHEA about playing late in the season. "At the end of the day, we have to continue to control what we can control."

Leading the way are the Arizona Cardinals, who own the best record in the NFL at 9-1. The Cardinals are 9-1 for only the second time in franchise history (1948). And, for the first time since the end of the 1948 regular season, the Cardinals have sole possession of the league's top record at least 10 games into a season.

Week 12 kicks off on Thursday night (8:25 PM ET, NFL Network) when the Kansas City Chiefs visit the Oakland Raiders in an AFC West contest. The Chiefs (7-3) are tied with Denver for the division lead.

The Lions and Patriots will meet in a game between teams with a .700+ winning percentage. New England is second in the league averaging 32.3 points per game while Detroit is allowing just 15.6 points per game, the fewest in the NFL.

"Every week is big," says Detroit head coach JIM CALDWELL. "They're all big games. They're all tough. They're all difficult. What we've got to do is get ourselves a little bit better, improve and find a way to win."

New England won its sixth game in a row with a 42-20 victory at Indianapolis. Running back JONAS GRAY rushed for 199 yards and four touchdowns in just his fourth career NFL game. Gray, who had not previously scored an NFL touchdown, became the first player since HERB HENDERSON of the 1921 Evansville Crimson Giants to score his first four career rushing touchdowns in a single game.

"The guys did a good job up front," says Gray about his offensive line. "When the guys are doing well like that up front, they play a huge part of my success."

The Bengals moved back into first place in the AFC North last week with a commanding 27-10 victory at New Orleans. Quarterback ANDY DALTON threw three touchdown passes and had a 143.9 passer rating while rookie running back JEREMY HILL rushed for 152 yards. Hill, who rushed for 154 yards in a Week 9 win over Jacksonville, is one of only seven rookies in NFL history to have at least two 150-yard rushing games in a calendar month.

"This was a big win for us," says Dalton about the victory in New Orleans. "It's good to bounce back and get a big win on the road."

The Texans evened their record at 5-5 with a 23-7 win at Cleveland. Defensive end J.J. WATT continued his impressive play by recording a sack, a forced fumble, a fumble recovery and a two-yard touchdown reception. He is the only player to do so in a single game since the sack became an official statistic in 1982. Watt is the second player in NFL history with two touchdown catches, an interception-return touchdown and a fumble-return touchdown in a single season (JAY ARNOLD, Philadelphia, 1938).

"This was a great win for our team," says Texans head coach BILL O'BRIEN about knocking off Cleveland, "but we have to go back to work because we've got a really good Cincinnati team coming in."

The 9-1 Cardinals will travel to Seattle to face the defending Super Bowl champions. Arizona is one of only two teams to defeat the Seahawks at CenturyLink Field over the past three seasons.

Quarterback DREW STANTON threw two first-quarter touchdown passes to MICHAEL FLOYD and the Cardinals' defense held the Lions out of the end zone in Arizona's 14-6 Week 11 win. Stanton is now 3-1 this season as the Cardinals' starting quarterback and Floyd is one of three players in franchise history with two first-quarter touchdown catches in a game.

"Drew's 3-1 as a starter," says Arizona head coach BRUCE ARIANS. "He's a solid player and we've got some huge challenges ahead of us. The schedule is going to get really, really tough the rest of the way in."

The Seahawks have won 21 of their past 23 games at home, including the playoffs, and quarterback RUSSELL WILSON has a 101.4 passer rating in those contests. Seattle leads the NFL in rushing, averaging 174.2 yards per game, and MARSHAWN LYNCH has a league-best nine rushing touchdowns.

"For us, we're just looking for the next opportunity," says Wilson, who will look to get his team back on track after a Week 11 loss at Kansas City. "We have to have that high confidence we normally have and continue to have that swagger that we always play with."

The Cowboys enter Week 12 tied with Philadelphia for first place in the NFC East. Running back DE MARCO MURRAY leads the NFL with 1,233 rushing yards and is the only player in NFL history with at least 100 rushing yards in nine of his team's first 10 games to begin a season. Dallas, which had a bye in Week 11, defeated the Giants earlier this season by a 31-21 score in Week 7. The Cowboys are now setting up for a late-season run to the playoffs.

"It's so week-to-week in how you play and how you have to go do it," says Dallas tight end JASON WITTEN. "We've put ourselves in good position. Now we've just got to go do it."

The Giants will look to knock off their division rivals and try and stay alive in the NFC playoff hunt. Rookie wide receiver ODELL BECKHAM, JR. has 21 catches for 357 yards in his past three games. In the month of November, Beckham's 357 receiving yards are the second-most in the NFL by any player.

"Every week, it's a new challenge," says Giants running back RASHAD JENNINGS. "This is a division game and they're a team that's playing well. We are excited for this next challenge."

The Ravens, who had a bye in Week 11, are right in the thick of the race in the competitive AFC North. Quarterback JOE FLACCO has won four of his past five starts on Monday Night Football and has won five in a row against the NFC.

"Every win is important," says Ravens wide receiver TORREY SMITH. "In our division, there are a bunch of talented teams. It's going to be interesting down the stretch. Hopefully, we come out on top."

The Saints will try to stop a rare losing streak at home. New Orleans enters Week 12 tied for first place in the NFC South. Quarterback DREW BREES has won nine of his past 10 starts on Monday Night Football with a 118.6 passer rating. Running back MARK INGRAM has stabilized the ground game and leads the NFL in rushing since Week 8 with 459 yards.

"I feel good about our chances and the opportunity that we have," says Brees about the team's playoff chances. "We're learning a lot about how to win. Failure can be the best teacher at times."