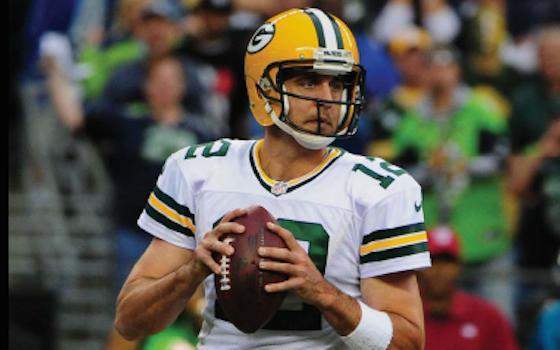 In his 98th game, Rodgers would become the fourth fastest quarterback to reach the 25,000-yard mark. Pro Football Hall of Famer DAn Marino (92), Peyton Manning (97) and Kurt Warner (97) have reached the 25,000-yard mark in the fewest number of games in NFL history.

The 2014 International Series is set to get underway in Week 4, with the Oakland Raiders hosting the Miami Dolphins at London's Wembley Stadium.

It will be the first of three games to be played in the United Kingdom this season. The other two games, which will also be played at Wembley, feature the Atlanta Falcons against the Detroit Lions in Week 8 (October 28th) and the Jacksonville Jaguars hosting the Dallas Cowboys in Week 10 (November 9th).

The International Series has seen some very close contests. In the first eight games, five have been decided by one score.

With a victory on Sunday night against New Orleans (NBC, 8:30 PM ET), the Dallas Cowboys will earn their 500th total victory. Including playoffs, the Cowboys currently own a 499-374-6 all-time record.

With a victory Sunday against Chicago, the Green Bay Packers will become the second team in NFL history with 700 regular-season wins. Green Bay would join the Bears (732-535-42) as the only teams to accomplish the feat.

The NFL teams with the most regular-season wins in NFL history:

The 29 teams with at least one victory through Week 3 is the second-most through three games since realignment in 2002 (30, 2012). If two of the three remaining winless teams -- Jacksonville (at San Diego), Oakland (vs. Miami in London, England) and Tampa Bay (at Pittsburgh) -- win this week, 2014 will have the most teams with one or more victories through four games since realignment.