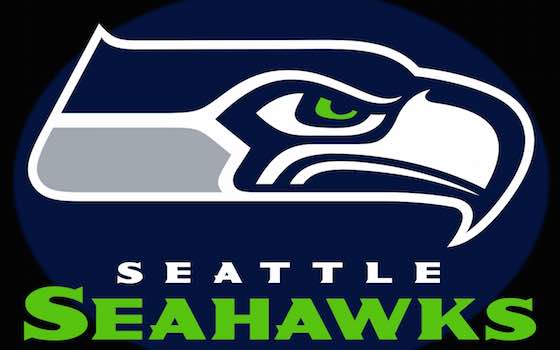 The Seattle Seahawks finished a spirited second practice of Super Bowl week with a tremendous individual play by nickel back Jeremy Lane, who knocked a long pass away from wideout Bryan Walters on the final play of the day, causing a score of defensive teammates to sprint on the field and mob Lane inside the Arizona State Sun Devils football practice bubble.

"We had a great day today," said coach Pete Carroll. "The whole season came down to that last play at the end -- that's the way we play -- and Jeremy Lane comes out of nowhere to make the play. The guy [Walters] catches it, the offense wins. Lane makes the play, the defense wins. It came down to that -- the last snap. Really happy with the effort today."

The Seahawks' 1 hour, 28-minute practice was conducted in split shifts -- the first 30 minutes outside under threatening skies, and then, when showers hit the area, the last 58 minutes inside the bubble, with loud hip-hop music making it challenging for both offense and defense to hear. One of the benefits of loud music at practice -- other than it makes the players happy -- is to hone each unit's skill at non-verbal communication. And signals may be necessary in the Super Bowl on Sunday, because you never know how loud the crowd is going to be at certain times. "It only enhanced the day to come inside," said Carroll. "We could make it a little louder. The facilities are good."

Carroll calls the team's Thursday workouts "Turnover Thursdays," during which the defensive and special-teams emphasis is on forcing turnovers -- and the offensive mandate is to hold onto the ball. The play of the day on offense was made by Walters, the fifth-year backup receiver from Cornell, who, closely covered by a jousting free safety Earl Thomas, made a one-handed catch of a Russell Wilson line drive. Thomas was so impressed he sought out Walters to shake his hand.

On defense, the best play other than Lane's was an interception by backup cornerback DeShawn Shead, who stepped in front of a wideout and made a tough catch.

Again, all 63 active Seahawks -- 53 on the active roster and 10 on the practice squad -- were healthy and practiced fully, including cornerback Richard Sherman (hyperextended elbow), free safety Earl Thomas (dislocated shoulder) and starting right guard J.R. Sweezy (ankle). Sweezy, in particular, looked back to normal, running freely. "They did great," Carroll said. "No problems with them."

Seattle will continue its preparations Friday with a 1:40 p.m. practice at Arizona State, and conclude preparations for the Super Bowl with an 11 a.m. walk-through practice Saturday morning, also at ASU, before busing 27 miles to University of Phoenix Stadium for a Super Bowl team photo at 1 p.m.