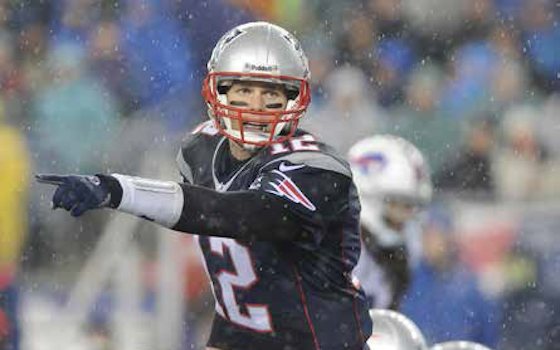 Quarterbacks throughout the NFL find themselves in the spotlight, all hoping to lead their teams to a berth in Super Bowl XLIX on February 1 at University of Phoenix Stadium in Arizona.

Last season, quarterbacks around the league posted impressive numbers. The league-wide passer rating (86.0) and touchdown pass totals (804) were both all-time highs. Games averaged 471.2 net passing yards per game, the highest in NFL history. There were 24 individual 400-yard passing games in 2013, the most in a season, and seven quarterbacks posted a 100+ passer rating, also the most ever. And 17 of the 32 NFL teams (53.1 percent) started the same quarterback in every game, the third-most of any season since at least 1970.

CARSON PALMER enters his second season with the Cardinals after passing for 4,274 yards and 24 touchdowns last year.

Ryan holds the franchise record for the highest career passer rating with a 90.6 mark and his 23,472 passing yards are the most in team history. His 153 career passing touchdowns are one shy of the club record.

Last year, Romo started 15 games and threw 31 touchdown passes, tied for the second-most in a single season in franchise history. Romo is the only Cowboys quarterback to throw at least 30 touchdown passes in a season and has accomplished the feat three times (2007, 2011, 2013). A three-time Pro Bowl selection, Romo owns the only four 4,000-yard passing seasons in team annals.

He has a career 95.8 passer rating, the best in club history and the fifth-highest mark in NFL history (minimum 1,500 attempts).

MATTHEW STAFFORD, the No.1 overall selection in 2009, will start on Kickoff Weekend for the sixth consecutive season.

Last year, Stafford started all 16 games and passed for 4,650 yards. It marked his third consecutive 4,500-yard season and he is the only Lions quarterback to pass for at least 4,500 yards in a single season. Stafford is the only player in NFL history to record three 4,500-yard seasons in his first five years to begin a career. Since 2011, Stafford has passed for 14,655 yards, the second-most in the NFL during that span, trailing only Drew Brees.

Last year, he posted a 104.9 passer rating and Rodgers is the only player in NFL history to post a 100+ rating in five consecutive seasons (2009-13). His career 104.9 passer rating is the highest mark in NFL history (minimum 1,500 attempts) and Rodgers also ranks first all-time in career interception percentage (1.76) and TD/INT ratio (3.62). Rodgers, who has been selected to the Pro Bowl in three of the past five years, ranks third in NFL history in career completion percentage (65.8) and yards per attempt (8.19).

Over the past four seasons, Brees has passed for 20,435 yards and is the only player in league history to pass for at least 20,000 yards in a four-year span.

ELI MANNING, the No. 1 overall selection in 2004, has led the Giants to two Super Bowl victories (XLII, XLVI) and is one of only five players in NFL history to win multiple Super Bowl MVP honors.

Eli has started 151 consecutive games, the longest active streak in the NFL. Last year, Manning passed for 3,818 yards and he is the only player in team history to throw for at least 3,000 yards in nine consecutive seasons.

Entering his third season, NICK FOLES will start on Kickoff Weekend for the first time in his career.

Foles tied the single-game record with seven TD passes and is the only player in league history to pass for seven touchdowns and post a 158.3 rating in the same game.

Thirteen-year veteran SHAUN HILL will make his first start since the 2010 season with Detroit (January 2, 2011).

Hill will be making his second career start on Kickoff Weekend. He started the 2009 season opener for San Francisco and led the 49ers to a 20-16 victory over Arizona.

Last season, Kaepernick started all 16 games and passed for 3,197 yards with 21 touchdowns and rushed for 524 yards with four touchdowns. Kaepernick was one of three quarterbacks last year with at least 3,000 passing yards and 500 rushing yards (Cam Newton, Russell Wilson).

In his 29 career starts (including the postseason), Kaepernick has passed for 6,179 yards with 38 touchdowns and rushed for 1,269 yards with 10 touchdowns.

RUSSELL WILSON led the Seahawks to the franchise's first Super Bowl championship last year and became the fourth quarterback to win a Super Bowl in his first or second season in the league.

Wilson guided Seattle to a 13-3 record in 2013 and his 24 victories are the most by a quarterback in his first two seasons during the Super Bowl era. Wilson, who has been selected to the Pro Bowl in each of his first two seasons, posted a 101.2 passer rating last year and is the only player in NFL history to record a 100+ rating in both his rookie and second season.

Wilson threw 26 touchdown passes last year and his 52 career TD passes are tied for the second-most by a player in his first two seasons in NFL annals.

Entering his 12th season, JOSH MC COWN will make his first start as a Buccaneer on Kickoff Weekend.

ROBERT GRIFFIN III, the 2012 AP Offensive Rookie of the Year, has passed for at least 3,000 yards in each of his first two seasons.

RGIII makes his third consecutive Kickoff Weekend start for the Redskins. In his first two years, Griffin has completed 532 of 849 passes (62.7 percent) for 6,403 yards with 36 touchdowns and 17 interceptions for a 91.5 passer rating. He has also rushed for 1,304 yards with seven touchdowns.

Griffin, who was selected to the Pro Bowl following his rookie season in 2012, is the only NFL player over the past two years with at least 6,000 passing yards, a 90.0 passer rating and 1,300 rushing yards.

JOE FLACCO enters his seventh year under center as the Ravens signal caller.

Flacco is 62-34 (.646) as a regular-season starter and holds franchise career passing records for completions (1,869), yards (21,545) and touchdowns (121). Flacco's 62 regular-season wins are the most by a starting quarterback in the first six seasons of a career since 1970. Since entering the NFL in 2008, Flacco has more wins (71, including playoffs) than any other starting quarterback.

EJ MANUEL enters his second season as the Bills starter.

Manuel, who was selected No. 16 overall in the 2013 NFL Draft, started 10 games for Buffalo last season, passing for 1,972 yards and 11 touchdowns. He established franchise rookie records for passing touchdowns (11) and completions (180) and rushed for 186 yards with two touchdowns.

In 2013, Manuel became the first rookie quarterback to defeat the defending Super Bowl champions in September (Week 4 against Baltimore).

ANDY DALTON, who enters his fourth year, has led the Bengals to the playoffs in three consecutive seasons for first time in club history.

Dalton has a 30-18 (.625) career regular season record, the highest winning percentage of any Bengals quarterback (minimum 20 starts). In 2013, Dalton set franchise passing records for yards (4,293) and touchdowns (33) with an 88.8 passer rating. He also joined Peyton Manning and Cam Newton as the only players in NFL history to pass for at least 3,000 yards in each of their first three seasons to begin a career.

Dalton is one of five quarterbacks to lead a team to the playoffs in each of his first NFL three seasons.

Hoyer, who served as a backup to Tom Brady for three seasons in New England and spent time with Arizona in 2012, will be directed by Browns first-year head coach Mike Pettine and offensive coordinator Kyle Shanahan. In three starts in 2013, Hoyer passed for 615 yards and five touchdowns with an 82.6 passer rating.

Hoyer is the only quarterback in club history to win each of his first three starts with the team.

Ten-year veteran RYAN FITZPATRICK was signed via free agency this offseason and will start on Kickoff Weekend for the Texans.

Originally a seventh-round draft choice by the St. Louis Rams in 2005 after a standout career at Harvard, Fitzpatrick has started 77 of his 85 career games for the Rams, Bengals, Bills and Titans, passing for 16,790 yards and 106 touchdowns. Last season, Fitzpatrick played in 11 games with Tennessee, including nine starts, and passed for 2,454 yards and 14 touchdowns.

On December 15 last year against Arizona, Fitzpatrick passed for a career-high 402 yards and tied his career-best with four touchdown passes.

In 2013, Luck led the Colts to the postseason for the second consecutive season, becoming the first quarterback selected No. 1 overall to start a playoff game in each of his first two seasons. Luck has passed for more yards (8,196) than any other player in his first two NFL seasons.

Luck has led the Colts to 22 regular-season wins, tied with Ben Roethlisberger (22) for the second-most wins by a starting QB in the first two years of a career (Russell Wilson, 24). Luck has also been an effective runner, leading all AFC QBs in rushing yards (632) and rushing TDs (nine) since joining the league in 2012.

Seven-year veteran CHAD HENNE, who signed with Jacksonville in 2012, enters the season as the Jaguars' Kickoff Weekend starter for the first time.

Henne has played in 25 games with 19 starts in his two seasons in Jacksonville, passing for 5,325 yards and 24 touchdowns during that span. Originally drafted in the second round by Miami in 2008, Henne has two 3,000-yard passing seasons in his career, including 3,241 yards in 2013.

In eight career starts in September, Henne has passed for 1,976 and eight touchdowns while posting a 90+ passer rating in five of those games.

Acquired via trade by the Chiefs prior to the 2013 season, ALEX SMITH led Kansas City to an 11-5 record and playoff berth last season.

Smith, the No. 1 overall pick by San Francisco in the 2005 NFL Draft, became the first Chiefs quarterback ever to win his first nine starts in his first season with the team. In 2013, Smith also set a franchise record for the most rushing yards in a single season by a quarterback, with a career-high 431 yards on 76 carries (5.7 avg.).

RYAN TANNEHILL, who was selected eighth overall in the 2012 NFL Draft, became the first Dolphins quarterback to pass for 3,000 yards in each of his first two seasons.

Tannehill, who joined Pro Football Hall of Famer Dan Marino as the only players in Dolphins history to pass for 3,000 yards in consecutive seasons, posted career highs in passing yards (3,913) and touchdowns (24) in 2013.

His 7,207 passing yards through his first two NFL seasons are the fifth-most of any player in NFL history.

Chosen in the second round of the 2013 NFL Draft (No. 39 overall), GENO SMITH enters his second season as the Jets' starter.

The NFL's rookie passing yards leader in 2013, Smith led the Jets to victory in three of their final four games, accounting for seven touchdowns during that span (four passing, three rushing).

Rookie QB DEREK CARR (Round 2, No. 36 overall) was named the starter by head coach Dennis Allen on Labor Day following a standout performance during training camp and the preseason.

His brother David was the No. 1 overall selection in the 2002 NFL Draft and played 11 seasons with the Texans, Panthers, Giants and 49ers.

Roethlisberger is the only player in club history to pass for 4,000 yards in a season, a feat he's accomplished three times.

PHILIP RIVERS enters his 11th season and his second under the direction of head coach Mike McCoy.

Since becoming the Chargers' starting quarterback in 2006, Rivers has led the club to four AFC West titles and ranks second in the NFL with 32,221 passing yards during that span (Drew Brees, 38,733). Last season, Rivers (3,606) became the first Charger to pass for 4,000 yards in five different seasons. His 32,221 career passing yards trail only Pro Football Hall of Famer Dan Fouts (43,040) in team history.

JAKE LOCKER enters his third season as the Titans' starter on Kickoff Weekend.

Locker, who missed nine games due to injury in 2013, won four of his seven starts last year, passing for 1,256 yards and eight touchdowns in those contests with an 86.7 passer rating. The eighth overall pick in the 2011 NFL Draft has played in 23 games his first three seasons and passed for 3,974 yards with 22 touchdowns.

Locker has also displayed his elusiveness outside of the pocket, rushing for 502 rushing yards (6.9 average) on 73 attempts.