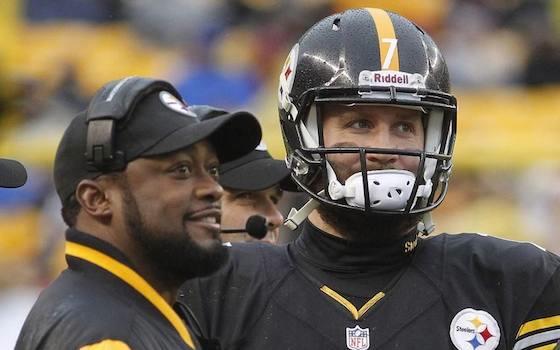 The most consecutive seasons with 10+ touchdown passes to start a career:

Since the current playoff system (12 teams) was instituted in 1990, 14 NFL teams have rebounded from being at least three games under .500 after the season's first five weeks or later to qualify for the postseason. That includes six 1-4 teams that won their division.

Since 1990, here are the NFL teams that were three or more games below .500 after Week 5 or later and made the playoffs:

The seasons with the highest scoring average since the merger:

San Diego quarterback Philip Rivers completed 20 of 28 passes (71.4 percent) for 288 yards and three touchdowns with one incerception for a 125.3 passer rating in the Chargers' 31-0 win over the New York Jets last week. It was the fourth consecutive game in which Rivers had a passer rating of 120 or better, tied with Pro Football Hall of Famer JOHNNY UNITAS (1965) and KURT WARNER (2009) for the most such consecutive games in NFL history (minimum 15 attempts).

On Sunday against Oakland, Rivers can become the first player to record five consecutive games with a 120+ passer rating in NFL history (minimum 15 attempts).

Denver tight end Julius Thomas, who leads all NFL players with seven touchdowns this season, had two touchdown catches in the Broncos' 41-20 win against Arizona last week. Thomas' seven touchdowns are the most ever by a tight end through his team's first four games in a season, surpassing the mark of six previously shared by ANTONIO GATES (2010) and JIMMY GRAHAM (2013).

Thomas' seven touchdowns are also already tied with Gates (2010) and Pro Football Hall of Famer MIKE DITKA (1963) for the most touchdowns by a tight end through his team's first five games in a season.

With a touchdown catch on Sunday against the New York Jets, Thomas would have the most touchdowns by a tight end through his team's first five games.

The tight ends with the most touchdown receptions through his team's first five games:

Indianapolis kicker ADAM VINATIERI has scored 896 points since joining the Colts in 2006, the fifth-most of any active player during that span. Vinatieri scored 1,158 points in 10 seasons (1996-2005) with the New England Patriots before joining the Colts.

In his 19th season, Vinatieri has 2,054 career points scored, the fifth-most in NFL history. With nine points on Thursday night, Vinatieri would surpass JOHN CARNEY (2,062) for the fourth-most points all-time.

The players with the most points in NFL history:

The Week 6 game featuring the San Francisco 49ers and the St. Louis Rams will mark the 700th game in the history of Monday Night Football, which debuted in 1970.

San Francisco has a 45-25 record (.643) on Monday Night Football, the most wins of any team in the history of the primetime series.