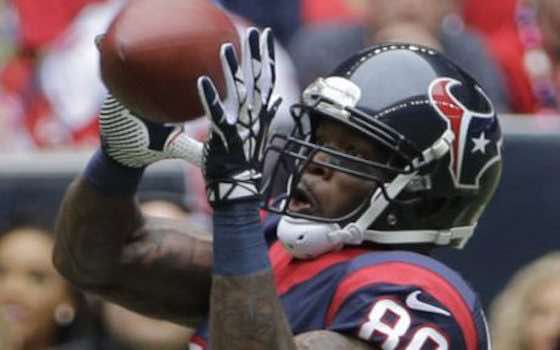 Johnson can also join Harrison, REGGIE WAYNE and HINES WARD as the only players with more than 1,000 receptions who only played for one franchise.

The NFL players to reach 1,000 receptions in the fewest games in NFL history:

Denver's PEYTON MANNING (13) and New Orleans' DREW BREES (eight) rank No. 1 and 2, respectively, on the all-time list of NFL players with the most 4,000-yard passing seasons.

Both players can extend those historic totals in Week 14. Manning (3,737) needs 263 yards against Buffalo to reach 4,000 passing yards for the 14th time. Brees (3,748) has an active streak of eight 4,000-yard passing seasons, the longest in NFL history, and needs 252 yards against Carolina to reach the milestone for the ninth consecutive year.

The players with the most 4,000-yard passing seasons:

Seattle quarterback RUSSELL WILSON has led the Seahawks to 32 regular-season wins, already tied with JOE FLACCO for the third-most wins by a starting quarterback through his first three seasons who began his career in the Super Bowl era. With a victory against Philadelphia on Sunday, Wilson would tie Pro Football Hall of Famer DAN MARINO (33) and MATT RYAN (33) for the most wins by a starting QB in his first three seasons during that span.

ANDREW LUCK, who also entered the NFL in 2012, has led Indianapolis to 30 regular-season wins. With a win against Cleveland in Week 14, Luck would surpass ANDY DALTON (30) for sole possession of the fifth-most wins among Super Bowl-era starting QBs in their first three seasons.

The starting quarterbacks with the most wins through their first three seasons who began their careers in the Super Bowl era (since 1966):

The players with the most 300-yard passing games in a season:

Since entering the NFL in 2011, Cincinnati wide receiver A.J. GREEN has 4,519 receiving yards. With 87 receiving yards against Pittsburgh on Sunday, Green can surpass LARRY FITZGERALD (4,544) and ANQUAN BOLDIN (4,605) for the fourth-most receiving yards by any player in his first four NFL seasons.

The players with the most receiving yards in their first four seasons:

Jackson can also join Pro Football Hall of Famer THURMAN THOMAS as the only players to accomplish the feat in franchise history, regardless of draft position.