Beast's Crotch Grabs? You Can Bet on Them 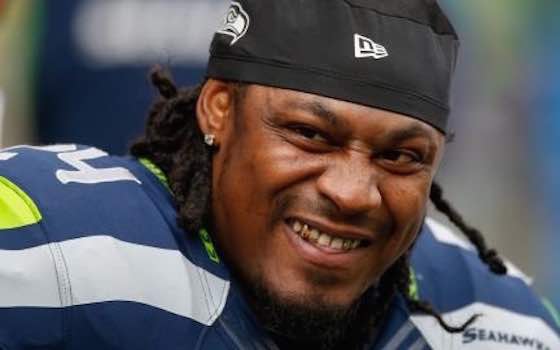 Beast's Crotch Grabs? You Can Bet on Them

Americans love betting on the Super Bowl, and there's no limit to the options available to bettors on Super Sunday. Cruise the internet, and one can easily find wagering opportunities, from the color of New England coach Bill Belichick's hoodie on game day to the odds on RB Marshawn Lynch grabbing his crotch after scoring a touchdown.

Will the Patriots score more points in the Feb. 1 game with the Seahawks than NBA star Dwyane Wade does that day? Will Seahawks QB Russell Wilson have more pass attempts than NHL goalie Carey Price has saves? How many times will “deflated balls” be mentioned during the telecast?

What will be higher: Julian Edelman's receiving yards for New England, or Tiger Woods' first-day score at the Masters? How long will Idina Menzel take to sing the national anthem? How will the Dow Jones perform the day after the Super Bowl?

There's plenty of standard bets, of course. The Patriots are favored by one or two points, depending where you look. New England QB Tom Brady is a 7/4 favorite to be named Most Valuable Player of the Super Bowl. Wilson is second at 7/2, followed by Lynch at 4/1 and Patriots tight end Rob Gronkowski at 9/1. The over-under on Brady's passing yards is 260½.

The amount of money that will be bet on the Super Bowl has been estimated at $10 billion. An estimated one percent of that total is legally wagered in Las Vegas casinos.

"Beast's Crotch Grabs? You Can Bet on Them