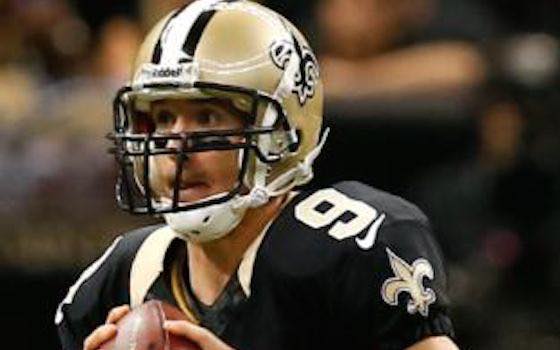 "We can't really worry about how it all plays out," says Dallas Cowboys tight end JASON WITTEN. "We have to handle our business and control what we can. At this point in the season, you know what you are playing for and it's just one game at a time."

Through the first 15 weeks, only four postseason berths have been clinched. Denver (AFC West), Indianapolis (AFC South) and New England (AFC East) each won its division while Arizona has secured a playoff berth in the NFC. With two weeks left, there are still 21 teams in contention for a trip to Super Bowl XLIX.

There are eight playoff spots up for grabs, including five division titles.

"This is an amazing league," says Baltimore Ravens head coach JOHN HARBAUGH, whose team is in mix for the AFC North crown. "Everybody is so close and that's what makes it great."

In the AFC, both New England and Denver can secure first-round byes this week, and the Patriots can also clinch home-field advantage. Cincinnati has a chance to lock up a playoff berth and the AFC North title. And Pittsburgh and Baltimore can each secure a postseason spot.

In the NFC, Arizona can clinch the NFC West, a first-round bye and home-field advantage this week. Detroit can secure a playoff spot, the NFC North division and a first-round bye. Dallas has a chance to lock up a postseason berth and the NFC East title. New Orleans can win the NFC South. And Green Bay and Seattle can each clinch a playoff spot.

In Week 1, Atlanta quarterback MATT RYAN passed for 448 yards with three touchdowns and kicker MATT BRYANT made two clutch 50+ yard field goals as the Falcons beat the Saints in overtime 37-34. Ryan was named the NFC Offensive Player of the Week and Bryant, who sent the game into overtime with a 51-yard field goal before winning it with a 52-yarder, took home Special Teams honors.

The Saints won at Chicago on Monday night (31-15) and moved into first place in the division. With a win on Sunday over Atlanta combined with a Carolina loss, New Orleans will clinch the NFC South. Saints quarterback DREW BREES passed for 375 yards and three touchdowns and he recorded his NFL-record ninth consecutive 4,000-yard season (4,358).

"It sets us up for no bigger game than what's coming up next week against Atlanta," says Brees.

The Chiefs and Steelers are right in the middle of the crowded AFC playoff picture. Kansas City is one game out of a Wild Card position, trailing Pittsburgh and Baltimore. And the Steelers are just a half-game behind Cincinnati in the division. With a win on Sunday, Pittsburgh will lock up a playoff berth.

"It's a big week coming up," says Steelers cornerback WILLIAM GAY, who had a 52-yard interception-return touchdown last week. "We've put ourselves in a playoff mindset. Every day counts."

Both teams are coming off Week 15 victories. The Chiefs knocked off Oakland 31-13 behind two ALEX SMITH touchdown passes while the Steelers defeated Atlanta 27-20 as wide receiver ANTONIO BROWN had 10 catches for 123 yards. Brown, who leads the NFL with 115 receptions, became the fourth player in NFL history to post consecutive seasons with at least 110 catches.

The Colts clinched the AFC South with a 17-10 victory over Houston last week. It marks Indianapolis' ninth division title in the past 12 seasons and second in a row. Quarterback ANDREW LUCK threw two touchdown passes and guided the Colts to the team's 10th win of the season. Luck and Seattle's RUSSELL WILSON are the only quarterbacks in the Super Bowl era to lead their teams to at least 10 wins in each of their first three seasons.

"This feeling never gets old," says Colts veteran receiver REGGIE WAYNE about winning the division. "Taking care of the division was our first goal so we're now able to check that one off."

On Sunday night, Dallas defeated Philadelphia 38-27 to take possession of first place in the NFC East. Cowboys wide receiver DEZ BRYANT had six catches for 114 yards with three touchdowns and quarterback TONY ROMO posted a 129.1 passer rating. With a win and a Philadelphia loss this week, Dallas will win the division for the first time since 2009. The Cowboys can also clinch a playoff spot with a win along with losses by Green Bay and Detroit.

"We're trying to stay together, play together and understand from here on out that these are all big games," says Bryant.

The Seahawks and Cardinals will meet on Sunday night at University of Phoenix Stadium -- the site of Super Bowl XLIX -- in a key NFC West showdown. Both teams are currently in control for the division and can clinch the title by winning out.

Seattle has won seven of its past eight games, including a Week 12 win over Arizona (19-3). A victory this week would give the Seahawks the head-to-head sweep against the Cardinals and put Seattle in position to claim the division for the second year in a row.

"We've got a lot of football ahead of us," says Seahawks quarterback RUSSELL WILSON, who won his 34th start last week, the most by a quarterback in his first three seasons during the Super Bowl era. "Hopefully we can keep winning and keep finding ways to win."

The Cardinals are the first team in the NFC to clinch a playoff berth. And with a win over Seattle, Arizona would lock up the NFC West, a first-round bye and home-field advantage throughout the NFC playoffs.

"It's hard to get to 11 wins in a season," says Cardinals defensive end CALAIS CAMPBELL. "It's beautiful. But now we have to get to 12."

Week 16 concludes on Monday night with a matchup of division leaders.

The Broncos have already clinched the AFC West and can lock up a first-round bye with a win. Denver defeated San Diego 22-10 last week to clinch the division title for the fourth consecutive season. Broncos wide receiver DEMARYIUS THOMAS had six catches for 123 yards and a touchdown in the victory.

"All that really matters now is winning," says Thomas.

"We're still in control of everything," says Bengals quarterback ANDY DALTON. "We know these next two games are going to be big. The way our division is going, everyone keeps winning. We know what we're facing."