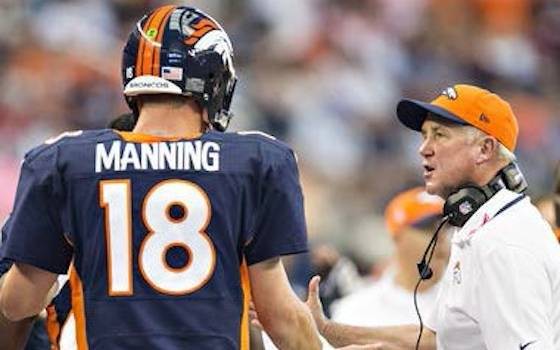 The league-wide yards-per-pass attempt average, currently at 7.27, is also on pace to be the highest of any season in the Super Bowl era.

The NFL seasons with the highest league-wide yards-per-pass attempt average in the Super Bowl era (since 1966):

The players with the most career touchdown passes in NFL history:

The New England Patriots host their first division opponent of the year when they face the New York Jets on Thursday Night Football.

The Patriots have won 15 consecutive home games against division opponents. With a win against the Jets, New England will tie the DALLAS COWBOYS (1991-95) and MIAMI DOLPHINS (1971-75) for the third-longest such streak since 1970.

The teams with the most consecutive home wins against division opponents since 1970:

Dallas running back De Marco Murray has at least 100 rushing yards in each of his first six games, tied with Pro Football Hall of Famer Jim Brown for the longest such streak in NFL history to begin a season.

With at least 100 rushing yards against the New York Giants on Sunday, Murray can become the first player in NFL history to do so in at least seven games to begin a season.

The longest start-of-season streaks in NFL history with at least 100 rushing yards:

Murray (785) leads the NFL in rushing yards and with 105 rushing yards on Sunday, he would surpass Pro Football Hall of Famer Barry Sanders for the third-most rushing yards in a team's first seven games since 1980 (Jamal Lewis, 977; Terrell Davis, 1,001).

The most rushing yards through a team's first seven games since 1980:

With at least two field goals and no misses on Sunday at Oakland, Catanzaro will surpass St. Louis' GREG ZUERLEIN (15 in 2012) for the longest consecutive field goals made to start a rookie season in NFL history.

The Kansas City Chiefs and head coach ANDY REID travel to San Diego to face the Chargers on Sunday following their bye week.