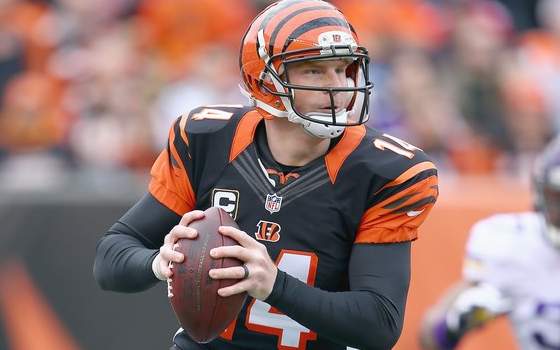 The NFL seasons with the highest league-wide passer rating:

NFL quarterbacks have been particularly effective at avoiding interceptions in 2014, which has helped fuel the record passer rating.

Through Week 3, the league-wide interception percentage is 2.15 percent, the lowest ever at this point in a season and on pace to be the best mark in NFL history for a full year.

"It's huge to not have negative plays -- especially in the passing game," says Cincinnati quarterback Andy Dalton, who has led the Bengals to a 3-0 start and thrown just one interception in 84 attempts in 2014. "Not giving the other team the ball, it's been a thing we've really prided ourselves on. That's one of our top goals."

The NFL seasons with the lowest league-wide interception percentage:

Teams that avoid interceptions have translated that efficiency into wins. In Week 2 of this season, 15 of the 16 winning teams threw no interceptions, tied for most such games of any week in NFL history (Week 13, 2011).

"It's all about the number of possessions," says NFL Network analyst and former head coach STEVE MARIUCCI about the importance of avoiding interceptions. "It's about possession time, clock time and the number of chances to score points. If you give the ball away three times a game, that's three opportunities out of 12 or 13 that you don't have a chance to score. Plus, you're providing the other team with a short field."

The NFL teams with the most games with no interceptions since 2002: