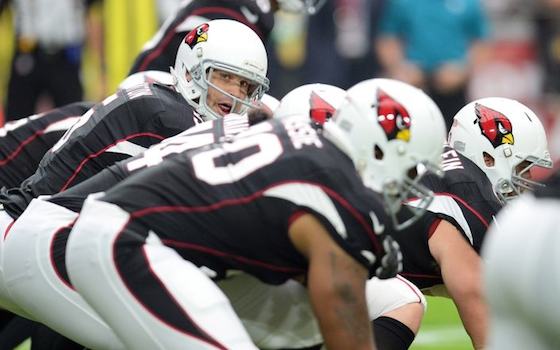 As the NFL season enters the quarter mark, three teams remain undefeated -- Arizona, Cincinnati and Philadelphia. And since 1990, when the current playoff format was adopted, 75.2 percent of teams (91 of 121) to start 3-0 have qualified for the postseason.

The Cardinals and Eagles have set the pace in the NFC thanks to their resiliency and ability to make big plays in important moments.

"One of the reasons why both teams are undefeated is that they've both been able to come from behind," says NFL Network analyst BRIAN BALDINGER. "And they're both making big plays on both sides of the ball. Ultimately, when its crunch time, these two teams are making big plays at key parts of the game."

"For us to go undefeated in September is a huge step forward," says Cardinals head coach BRUCE ARIANS. "I love the resiliency of our football team and the focus they bring every single day to work."

Arizona has allowed 45 total points (15.0 per game) through the first three games of the season, tied for the second-fewest in the league (Cincinnati, 33).

"We now understand how to win ballgames," says Arizona cornerback PATRICK PETERSON. "We know how to finish out the fourth quarter. That's what it's all about in this league."

The teams with the best fourth-quarter point differentials this season:

Philadelphia is 3-0 for the first time since 2004 when the Eagles last appeared in the Super Bowl. That season, the club finished 13-3, claimed the NFC East division title, earned the top seed in the conference, won the NFC Championship Game and advanced to Super Bowl XXXIX.

"Our whole motto is one down, one to go," says Philadelphia head coach CHIP KELLY. "We're fortunate right now to be 3-0. The guys should feel really good about themselves but we've got to get back to work."

"We're a family and we stick together," says Eagles quarterback NICK FOLES, who leads the NFL with 978 passing yards. "There's great camaraderie. We lean on each other instead of blaming each other. That's what football should be about. You go into work each and every day with these guys. You want to have each other's backs."

Philadelphia has scored 74 second-half points -- the most in the league -- and the club's +50 point differential after halftime leads the NFL.

"For the Eagles, what they do at halftime is special," says Jeremiah. "With Chip Kelly and what they've been able to do coming out of halftime, the adjustments they make, that to me has been why they've been successful."

NFL teams with the best second-half point differentials this season: