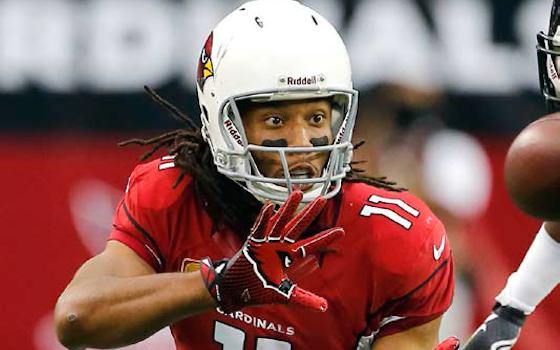 The Eagles and Cardinals have met 114 times in the regular season and this will be the first meeting when both teams are 5-1 or better at least six games into a season.

The Cardinals have thrown a league-best one interception this season and the team's 0.5 interception percentage (one interception, 209 attempts) leads the NFL. CARSON PALMER and DREW STANTON have each started three games at quarterback and rookie LOGAN THOMAS and wide receiver TED GINN, JR. have also thrown at least one pass for Arizona.

Philadelphia has scored three defensive touchdowns this season, the most in the NFL. The Eagles have returned two fumbles for a touchdown (FLETCHER COX and CEDRIC THORNTON) and have recorded one interception-return score (MALCOLM JENKINS).

Arizona leads the NFL in rushing defense, allowing 72.5 yards per game and only 3.15 yards per carry. Under defensive coordinator TODD BOWLES, the Cardinals are the only team in the league that has not allowed an opposing team to rush for 100 yards in a game.

Arizona rookie kicker CHANDLER CATANZARO has yet to miss a kick, connecting on all 15 field-goal attempts and 11 PATs. Catanzaro's streak of 15 consecutive field goals made without a miss to start a season is tied for the longest in NFL history by a rookie (St. Louis' GREG ZUERLEIN, 2012). This season, Catanzaro is the only kicker in the NFL with at least 15 field goals without a miss.