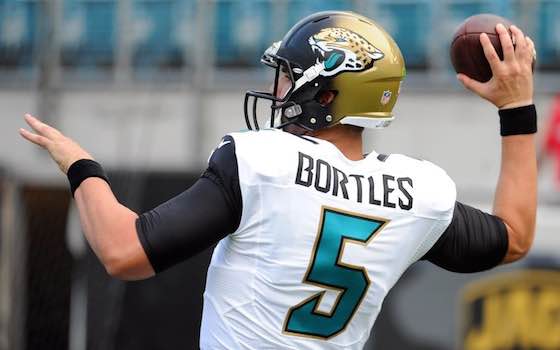 Making the transition from college to pro can be challenging, but year after year, rookies across the NFL emerge as key contributors. In the AFC, this season's rookie contributions have come in all three phases of the game.

Buffalo Bills wide receiver Sammy Watkins, who leads AFC rookies with 617 receiving yards, has been a focal point of the Bills' offense, while three AFC rookie quarterbacks have taken over starting roles this season. Oakland's Derek Carr earned the job in training camp, while Jacksonville's Blake Bortles was tapped by the Jaguars in Week 4. Most recently, Tennessee's ZACH METTENBERGER took the reins for the Titans in Week 8.

On the defensive side of the ball, two rookie linebackers are leading their teams in tackles -- Baltimore's C.J. Mosley (87) and Buffalo's Preston Brown (67).

And Miami's Jarvis Landry, who earned a starting role at wide receiver in October for the Dolphins, leads the NFL in kickoff return average (32.0).

A closer look at some of the outstanding AFC rookies in 2014 (listed alphabetically):

Bortles leads NFL rookies with 1,921 passing yards and has eight touchdown passes. He aims to surpass BYRON LEFTWICH's club rookie passing records (2,819 yards and 14 touchdown passes in 2003) and has also been an effective runner, posting 204 rushing yards on 34 carries (6.0 average).

"A young me," says Pittsburgh quarterback Ben Roethlisberger of Bortles. "He can extend plays. He can stay in. He can throw the ball. He can throw on the run. He is an impressive-type young player."

Brown has started seven of the nine games he's played at linebacker for the Bills' defense, which ranks third in the AFC (320.7 yards allowed per game). His athleticism and range has helped him lead the team with 67 tackles.

"I knew Preston was a heck of a player through our evaluation for the draft process," says Bills head coach Doug Marrone. "I didn't know his quickness or speed. I really didn't know about that until he came here."

Bryant debuted for the Steelers in Week 7 and has made an immediate impact, catching 14 passes for 310 yards (22.1 average) and six touchdowns, the most scoring catches of any NFL player in his first four career games.

"The more he plays, the more Antonio Brown is going to benefit from it because he is a threat," says Roethlisberger of Bryant. "We'll just continue to develop him. I think the key is not to do too much, just keep him right where he is and keep making plays."

"They showed that they had some belief that he could be a down-the-field type player," says Seattle head coach PETE CARROLL of Carr after the Seahawks faced Oakland in the preseason. "We saw him move. We saw him throw the deep ball. We saw him throw some timing-quick stuff underneath. He showed a lot of poise."

Landry leads the NFL in kickoff return average (32.0), which is on pace to set a single-season franchise record. He's also been a steady contributor in the passing game since earning his starting spot in Week 6 at wide receiver and has posted 37 catches for 354 yards and two touchdowns this season.

"He's a football player," says Miami head coach Joe Philbin of Landry. "He's instinctive. I think our blocking unit has done a good job for him giving him opportunities. He's decisive with the ball in his hands. He doesn't hesitate a whole lot. He catches the ball and he makes a move. He's tough. He's done a good job."

Mack has started all nine games at linebacker for the Raiders, contributing 51 tackles, including 10 tackles for a loss, and one forced fumble.

"Very active," says Denver quarterback Peyton Manning of Mack. "He's a linebacker, he's a defensive end. He can run. He has the speed to cover guys. He definitely jumps out on film to you."

Mettenberger is approaching his third game as the starter for the Titans and has shown promise in his first two starts, completing 43 of 68 passes (63.2 percent) for 478 yards and three touchdowns for an 86.5 passer rating.

"We feel like this is an opportunity to see what Zach can do just like a number of our younger players that have already started to contribute," says Tennessee head coach Ken Whisenhunt. "No question he's a talented, young player, and maybe it'll give us a spark."

Mosley, who has started every game for Baltimore, ranks second among all AFC players with 87 tackles. He is looking to become the first Ravens rookie to lead the team in tackles since Ray Lewis in 1996.

"He's everything we thought he was and hoped he would be," says Ravens defensive coordinator Dean Pees of Mosley. "A lot of rookies need to be taught how to study. Mosley is doing just fine with the mental side of the game."

Watkins has emerged as the Bills' primary receiving option and leads AFC rookies with 617 receiving yards on 42 catches with five touchdowns, including three 100-yard performances this season.

"Watkins is an extremely explosive athlete," says Browns head coach Mike Pettine of Watkins. "He's a playmaker. To me what jumps off the tape is his passion. He loves football. He's a guy that I think you want to find a variety of ways to get the ball in his hands because he's special."