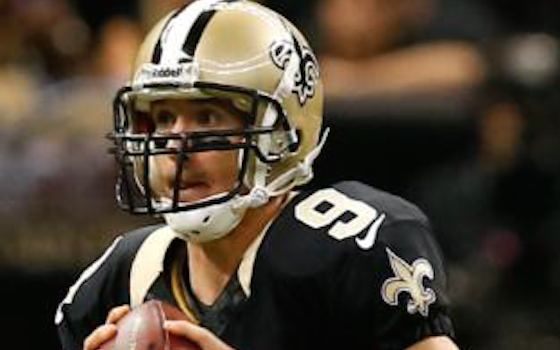 Four teams -- Atlanta, Arizona, Miami and Philadelphia -- overcame deficits of 10+ points to win. The last time there were more than four teams with comeback victories of 10+ points in Week 1 was 2002 (five).

The four teams that overcame deficits of 10+ points to win:

No Need To Panic

With the NFL's late-season schedule packed with division games, the September slate features many exciting interconference matchups, including a Week 2 battle between quarterbacks Andrew Luck of the Indianapolis Colts and Nick Foles of the Philadelphia Eagles in primetime on Monday night (ESPN, 8:30 PM ET). Luck (Round 1, No. 1 overall) and Foles (Round 3, No. 88 overall) were both selected in the 2012 NFL Draft and led their teams to division titles last season.

Of the 32 games scheduled for Weeks 2 and 3, 12 will be interconference games, including eight this weekend.

The NFL teams with the top five interconference records since realignment in 2002:

Cincinnati quarterback ANDY DALTON completed 25 of 38 passes for 301 yards and a 98.7 passer rating last week against Baltimore. On Sunday, Dalton (11,661 passing yards in 49 career games) will play in his 50th game against Atlanta.

With 387 passing yards this week, Dalton would surpass Jay Cutler (12,047) for the fourth-most passing yards of any active quarterback through his first 50 games.

The active NFL quarterbacks with the most passing yards in their first 50 games:

Through 49 games, Dalton (81) already has the fourth-most touchdown passes of any active quarterback through his first 50 games.

The active NFL quarterbacks with the most touchdown passes in their first 50 games:

New Orleans Saints quarterback Drew Brees passed for 333 yards and a touchdown against the Atlanta Falcons in Week 1, his 79th career 300-yard game, the second-most in NFL history (Peyton Manning, 84).

Brees has passed for 51,414 yards in his career, which ranks fifth in NFL history. With 62 passing yards against Cleveland on Sunday, Brees would surpass Pro Football Hall of Famer JOHN ELWAY (51,475) for fourth place all-time.

The NFL quarterbacks with the most career passing yards in NFL history:

On Sunday, the New England Patriots travel to Minnesota for an interconference matchup with the Vikings (CBS, 1:00 PM ET).

With a win on Sunday at Minnesota, Bill Belichick can become the sixth head coach in NFL history to reach 200 career regular-season victories.

The most career regular-season wins all-time among NFL head coaches: