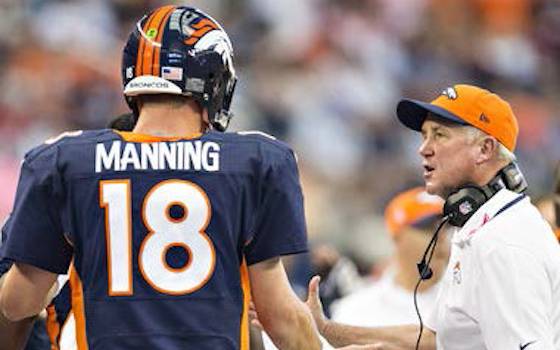 In fourth-and-one situations, the offense or defense must not only overpower its opponent but also outsmart it in order to gain or retain possession. It is an art that must be studied for mastery.

The Arizona Cardinals and Denver Broncos in 2013 each converted all five of their fourth-and-one situations, finishing as the only two teams with a perfect mark in the category (minimum four attempts).

Broncos head coach John Fox knows success on fourth-and-one can be a major turning point in a game and with quarterback Peyton Manning under center, it gives his team that much more confidence.

"Fourth-down conversions are often the difference in a game," says Fox. "If we can be aggressive in those short-yardage situations, we can put ourselves in the position to win more games and Peyton being able to change plays at the line of scrimmage certainly makes it tougher on the defense."

The NFL teams with the most attempts and the best efficiency on fourth-and-one last season: