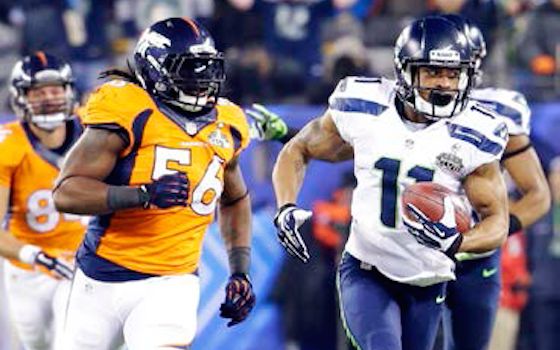 The NFL 2013 season featured many exciting plays in the return game. These exhilarating plays, made by some of the game's most dynamic playmakers, started early and kept coming.

Patterson's 109-yard kickoff return touchdown in Week 8 was one of two kicks he returned for a score, and it tied the record for the longest play in NFL history (Antonio Cromartie, 2007). In Week 10, Austin returned a punt 98 yards for a touchdown, the second-longest punt-return touchdown in Rams' history.

"He's a terrific football player," says Seahawks head coach Pete Carroll about Harvin. "With the dynamics of the tremendous speed he has, the intensity he brings when the ball is in his hands, he's unusually aggressive and such a versatile athlete, you have a lot of opportunities to do special things with him."

Davis recorded the longest play in Chiefs' history when he scored a 108-yard KR-TD in Week 13.

In Week 7, Devon returned a punt 81 yards for a touchdown. Including the postseason, he now has 20 return touchdowns in his career, passing Pro Football Hall of Famer Deion Sanders (19) for the most in NFL history.